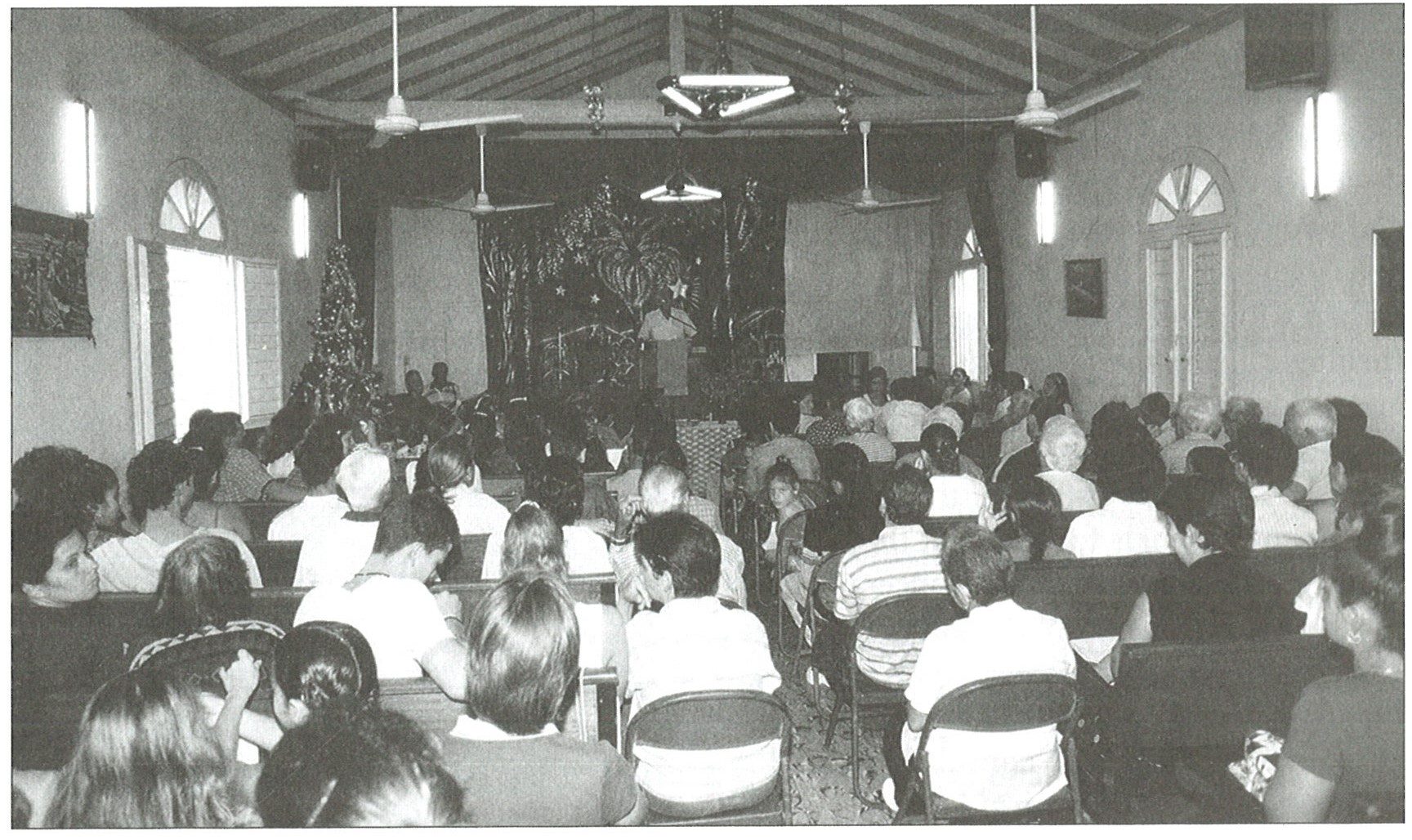 Bessie Vander Valk was an unlikely candidate to church plant in Cuba. She was from Paterson, New Jersey, and did not speak Spanish.  Nonetheless, she felt called to evangelize the island nation despite opposition from her family and home church of Bethel Christian Reformed Church (CRC).

Unmarried and twenty years old, in 1940 she started working in a Quaker hospital in the province of Matanzas, east of Havana, learning Spanish and sharing the gospel with her first patients. One converted and asked Vander Valk to come south and take her mission there.

Shortly thereafter, in 1944, she met Angel Vicente Izquierdo, a young preacher who had studied at Los Pinos Nuevos Evangelical Seminary, a Baptist and Presbyterian joint project. He and Vander Valk married five months later, splitting up ministry duties in the meantime.

The church plant blossomed, and on 8 December 1951, they inaugurated a new church building. Izquierdo and Vander Valk commissioned six evangelists to stretch the ministry elsewhere. They even built a day school, all without the support of a denomination.

However, the lack of support from a denomination such as the CRC posed problems. Their ministry had no formal relationship with the Cuban government, and as a result, they could not move the ministry out of the region of Mantanzas. Additionally, their ministers lacked training, and the ministry lacked money. Izquierdo reasoned that North American support could provide all three. Bethel CRC already contributed irregularly, but it was not nearly enough.

After the Southern Baptist denomination refused to support the work of the six evangelists, Vander Valk advised her husband to reach out to the “very rich” LaGrave CRC in Grand Rapids. The pastor at the time, Rev. Jake Eppinga, initially threw the letter away but retrieved it in the night after a listening to his guilty conscience. LaGrave took interest and sent down a fact-finding committee, right as Cuba was on the cusp of revolution.

The committee stayed in a hotel which Ché Guevara attacked during the night. The delegation from LaGrave was well-received, Eppinga preaching to crowds of hundreds of Cubans. However, the group had to leave early and waited over two days for a plane back to America. These difficulties did not hinder aid; the delegation reported back to the council that this network of churches deserved support.

LaGrave continued to sponsor the Cuban churches until the CRC officially recognized them as a mission. The denomination didn’t sit on its hands, sending recent seminary graduate Clarence Nyenhuis to work with the pastors and lay people, whom the CRC viewed as “excessively fundamentalistic.’”

In 1959, the CRC formally recognized the Cuban mission as one of its own. Roughly three fourths of Misión Evangelica del Interior’s funding came from the CRC. Historian Dan Miller observes, “Had this relationship continued uninterrupted for many years, it seems possible that the Cubans might have become quite dependent on the North Americans.”

The Cuban Revolution interrupted this relationship, however. Clarence Nyenhuis and his family decided to go back to America, following the birth of his second child. Izquierdo, Vander Valk and their children left not long after. (Izquierdo’s family owned a small farm.) Nyenhuis returned only to sign full ownership of the church over to the Cuban CRC, so that it couldn’t be confiscated as foreign property.

The Cuban CRC then struggled to survive under communist rule. Because most jobs were available only to members of the communist party, which required one to be an atheist, the church membership dropped, and pastors were threatened by local officials with menial labor. Miller writes, “In a couple of cases, the church buildings escaped confiscation as abandoned properties only because two or three faithful women gathered in them to pray each Sunday.”

Rev. Erelio Martínez then took the helm of the Cuban CRC and strove to combine the Reformed tradition with some compatible communist goals such as eliminating poverty and lifting up the downtrodden. [See the header image in the in the post, above.]

This strategy was largely successful, although members of the congregation rejected taking on the communist visage. Through North American and European aid, the church was able to provide for generous social programs within the country, assisted by the Cuban government. They also sent toys and aid to Cuban allies like Nicaragua and communist Vietnam.

Despite the alliance, there was still tension between the Cuban CRC and the government. A local official called Martínez a parasite, so the pastor refused to share a stage with him. He and other church leaders fought back when church members were rejected from university and job positions.

Juliana Knot is a student at Calvin University.

This post is a summary of “What’s the Christian Reformed Church Doing in Cuba?” by Dan Miller. You can read the whole story in Issue 24:1 of Origins: Historical Magazine of the Archives (Spring 2006).

For another story of a woman called to mission who overcame initial resistance to the idea, see this story about Johanna Veenstra.