Christmases Past in the Christian Reformed Church 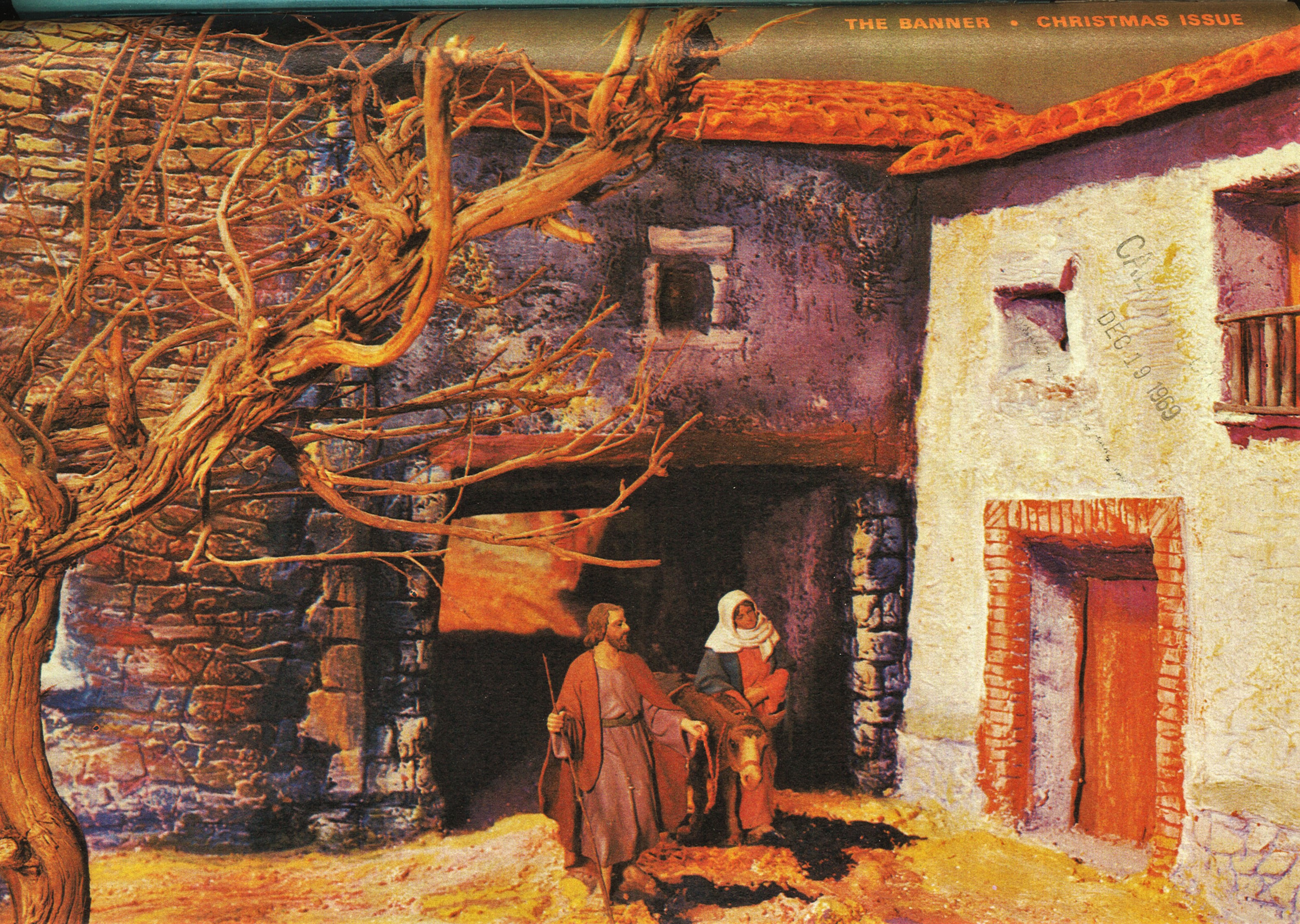 Our traditions usually feel age-old, as if we’ve always done them that way. But those traditions often are recent in origin or at least recent in the peculiar way we celebrate them. This is true of our “liturgies” of Christmas and the New Year.

In the Dutch Reformed immigrant congregations in Canada that I grew up in, we sang a hymn called “Ere Zij God” (“Glory to God”) at the annual Christmas Day service. It was the only time of year we sang it. Those immigrants, especially older folks, seemed to stand up taller when they sang it in Dutch. I assumed that the Dutch had been singing this hymn forever. At least since the Reformation era of the 1500s and 1600s. But it dates only to 1857.

So, I was curious this week about what the Dutch Reformed in North America did about Christmas in the early years of Christian Reformed Church. I wondered how it might have changed over time, particularly as they adjusted to life in the US and Canada.

I did not have time to do any deep research, as I hurried to finished grading exams before the Christmas break. So, instead, I did a search in the Christian Reformed Periodicals Index. The index contains over 100,000 bibliographic citations for The Banner and other Christian Reformed Church-related publications.

The Dutch Reformed seem to have been ambivalent about Christmas. The articles you do find from the 1900s to 1940s are a mix. Sermon-like meditations on the birth of Christ. Criticism of how Christmas has become secular/materialist—a mere holiday, more about presents and eating and drinking than a holy day about the birth of our Lord. Or moralistic stories for young readers about the spiritual significance of Christmas and being generous to strangers and the poor. Click here to read two stories like this from The Banner in 1908.

The first Christmas articles in the index date to 1908. Such articles were rare. Many of the years from the 1900s to 1920s do not include anything focused on Christmas. I had hoped to find something from 1919, a century ago. But there was nothing. Articles about Christmas did not become an annual thing in periodicals like The Banner until the 1930s. The timing suggests that Christmas “liturgies” became more part of Dutch Reformed immigrant life as they Americanized.

My simple search was far from exhaustive, of course.  It merely found what is in the index. But the significant increase in stories and essays in the 1930s suggests something important was happening. People in Dutch Reformed churches in North America were paying more attention to Christmas, to the “liturgies” of both the “holy day” of Christ’s birth and the “holiday” of Santa Claus, gifts, family get-togethers, and food and drink. (I remember enjoying NBA basketball on TV on Christmas afternoons as a kid, much like with NFL football on Thanksgiving.)

There are rich historical studies of the emergence of the Christmas holidays as we know them in the 1800s. The history of Christmas is deeply rooted in Christianity and goes back to the ancient church, of course. But that history includes suspicion of religious holidays in many Protestant traditions, including the suppression of Christmas, most famously by the Puritans. But it’s also part of the history of consumer capitalism, with merchants creating new holidays and marketing age-old ones like Christmas in new ways. Just as Santa Claus and our form of Christmas in North America and Britain emerged in the 1800s, so too did Sinterklaas traditions as the Dutch today know them today emerged in the 1800s.

American historian Leigh Eric Schmidt has written widely about religious holidays in the United States. Check out an essay here by him and his book, with chapters on Christmas, Easter, Mother’s Day, and Valentine’s Day.

My point is not a Scrooge-like “bah humbug” (except when the roads and airports are crazy due to Christmas traffic and bad weather). Thanksgiving and Easter, not Christmas, are my favorites, truth be told. But my holiday favorites have their own complicated histories as traditions.

If you want a moral takeaway from this essay, perhaps it is to avoid stressing out when your family’s Christmas traditions don’t go just right or when family, friends, or neighbors do it differently or don’t make a fuss about it.

For a discussion of Christmas in The Banner this year, check out this recent article by Justin Ariel Bailey. “To recover Christmas is to recover our childlike wonder at the story that is still astounding, undaunted by all attempts to secularize it,” Bailey writes. “So we keep singing familiar carols, cutting down trees and lugging them into our homes, and over-gifting our children, all in the hope that we can be surprised by joy again.”