A Digital Future for Old Postcards 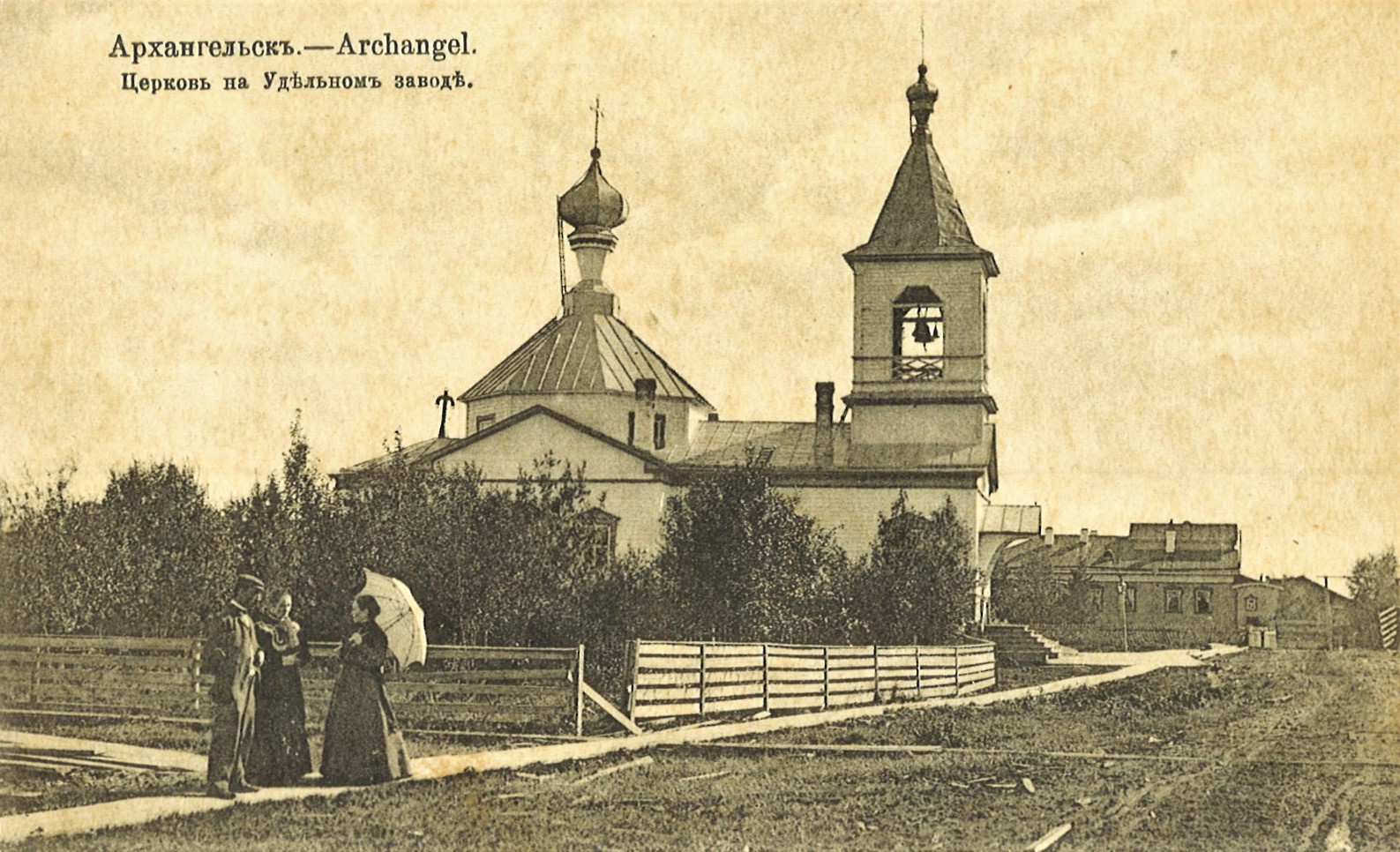 In November 1918, young George Faber sent a postcard home to Michigan from Russia. He was part of the 339th Infantry Regiment and American Expeditionary Force, North Russia that intervened in the Russian civil war after the communist revolution of 1917. It was known as the Polar Bear Expedition. A second expeditionary force went to Siberia.

The postcard has a picture of a Russian church in Archangel (Archangelsk, or Арха́нгельск). On the correspondence side you find George’s message to Adriana De Jonge. He describes his bed, where he was sitting writing her, and tells her, “When I come home, I’ll be able to talk Russian to you. How would you like that?”

[To see larger versions of the photos in this story, right-click on them and then click “view image.”]

Soon after, Faber sent a second postcard to Adriana. It depicts the inside of a church. There is no date on it, but in his message Faber says he hopes she had a Merry Christmas and happy New Year. So the postcard likely was sent in January 1919.

Faber’s postcards not only made it to De Jonge, but also found their way to the Conrad and Dee Bult postcard collection in Heritage Hall at Calvin University.

Conrad Bult loved history and worked for the Hekman Library for many years. This past summer, Conrad and Dee Bult sold part of their private postcard collection to Heritage Hall. The collection contains 16 binders of postcards that range in date from the 1890s to the 1970s. Most of the postcards are from about 1900 to 1930. The binders are labeled to indicate the locations depicted in the postcards.

The collection can best be described as depicting Reformed institutions, Dutch Americana, and local history. It includes a strong West Michigan connection. There are four binders with postcards of Holland, three of Grand Rapids, and several of Michigan more widely. Other binders portray places across North America – Iowa, New Jersey, Illinois, Canada, and more –where significant numbers of Dutch immigrants settled and created communities. The collection includes a significant number of pictures of churches, Christian schools, and colleges. It also includes street scenes in towns and cities, pictures of the countryside, businesses, and more. The Faber postcards from Russia, sent through “soldiers mail” to West Michigan, are in a binder labeled “Special.”

So how is the Bult collection finding its way into a digital future? That is the brainchild of Professor Darrell Rohl of the history department at Calvin University.

For a semester project for the class, Rohl decided to use the Bult postcards. Each student was assigned a postcard binder. Students first acquired as much information as they could from each postcard in their binder. Then they scanned both sides of the cards and digitally edited the cards by straightening and cropping them. They also adjusted contrast and brightness settings to make the text as readable as possible.  Finally, they uploaded the scanned postcards into an online digital catalog that uses exhibit software called Omeka.

The postcard project is still in its early stages. It requires more time to make sure all the information is accurate and ready to go live online. As a result, the digital copies of each postcard are currently only available on Calvin University’s campus. However, Professor Rohl is working to have the postcards published online, to join other images already electronically available on the Hekman Library website.

The postcard collection will not gather dust on a digital “shelf.” Professor Rohl envisions many potential projects that will engage the postcards in further studies. One potential project is text analysis of the correspondence side of the cards, using corpus linguistics software. This would involve transcribing all the correspondence into a database– even the messiest handwriting and postcards written in Dutch!

Another possible project is examining the travel patterns of the postcards. While working on the current project, Professor Rohl discovered a single postcard that contained all of the following: A picture of a place in Grand Rapids; a message written by someone in Hudsonville, MI, to someone in New Jersey; a notice that the postcard was published by a company in New York City; and, another notice that it was printed in Germany! Professor Rohl wants to further examine these patterns and look at why postcards were sent to the places they were.

When you first look at Conrad and Dee Bult’s postcard collection, it might seem to be mere curiosities to put on a shelf in the Heritage Hall archives. Historians see postcards very differently, however.

The postcards contain stories about people and communities, stories that should be told. As a result, these postcards have a bright future in front of them that will give them the opportunity to inspire research for generations of students at Calvin. These postcards can provide students with an in-depth way to engage the past at a close-up, personal (micro) level. Students will be able to discover stories of hope, sickness, conflict, forgiveness, and love.

A special thanks to Professor Darrell Rohl for his time and help with this article. If you want to find out more about the postcard collection, visit Heritage Hall or see some of the postcards published on Heritage Hall’s Facebook page every week!

2 thoughts on “A Digital Future for Old Postcards”