Unity and Division in Paterson, NJ 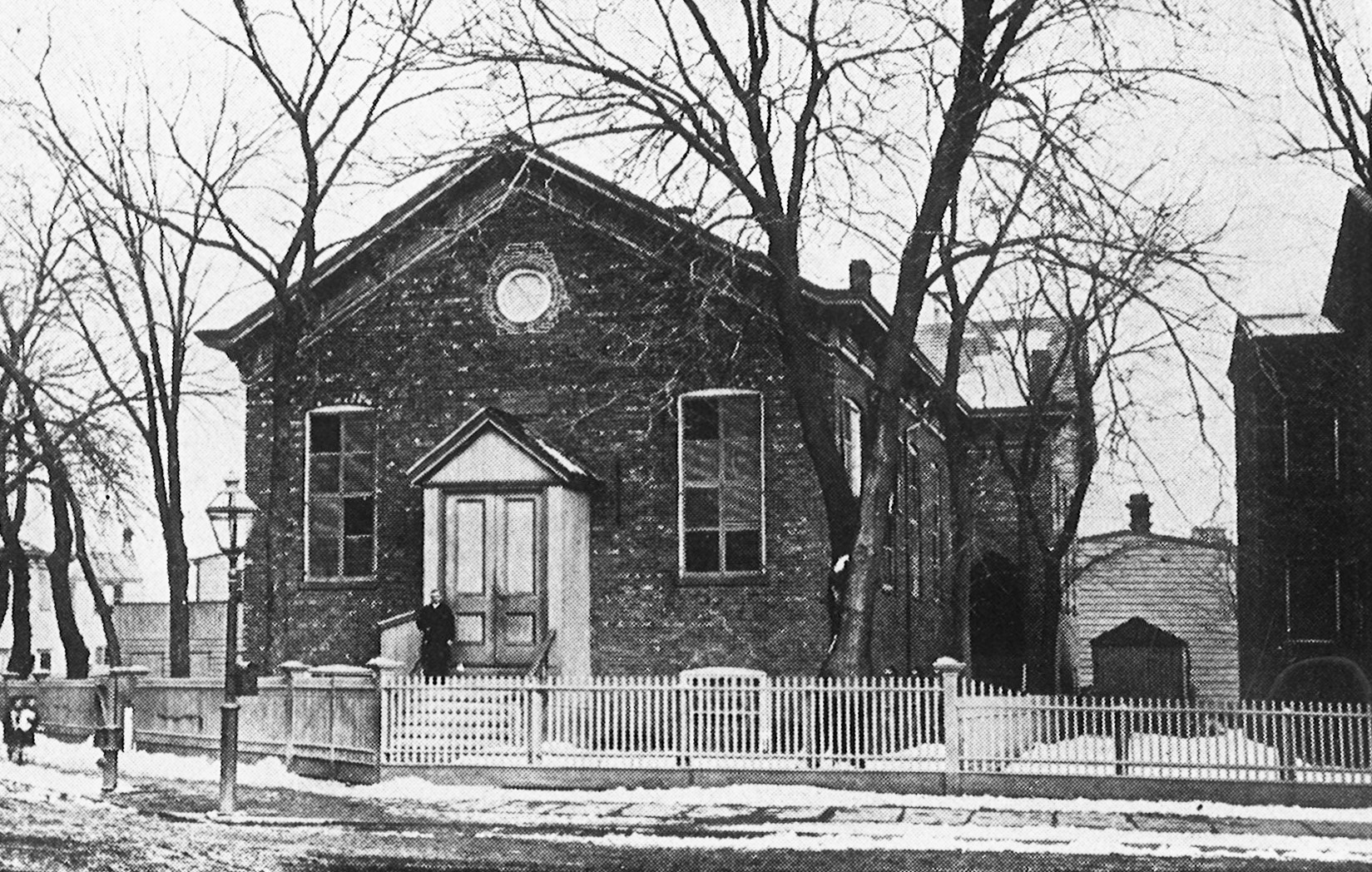 Paterson’s story starts in the mid-1850s. New Jersey became a haven for Dutch American immigrants in the mid-nineteenth century. It offered a plethora of employment opportunities. More importantly, it offered places where Dutch immigrants could speak in their native tongue with fellow immigrants. New Jersey’s immigrant Dutch communities grew so fast that between 1856 and 1869 five Dutch congregations were formed, including the Paterson community.

The Paterson congregation was the first immigrant Dutch congregation in New Jersey to be organized. Initially, the Paterson church members would meet in a house each week to listen to sermons, read and discuss the Bible, and sing Psalms. These members were particularly devoted to the predestinarian view of life. Holding fast to the beliefs defined in the Synod of Dordrecht (1618-19) and intense Calvinism, this congregation found themselves disagreeing with American churches. Without a leader to unite them with a denomination, the Paterson congregation remained an independent church. Then came Jacobus De Rooy, the leader that Paterson members were so desperately looking for.

Jacobus De Rooy was a deeply convicted man in a divisive time. Groups of Reformed Christians in the Netherlands had split from the national church over doctrinal matters and spiritual rigor. In the United States, the immigrant Christian Reformed Church would be born out of a split with the Reformed Church in America. Issues of the doctrine of grace, worship practice, and education of youth were intensely fought over.

De Rooy himself had no real passion for denominations, only rather religious beliefs themselves. In the Netherlands, he had led devotionals out of his barbershop. When De Rooy immigrated to the United States, he was invited to lead a church in Cincinnati. Eventually he found that this congregation was aligning with Baptist beliefs, which led him to leave and look for a new community to serve. After some convincing by friends, De Rooy moved to Paterson to begin ministering there instead.

De Rooy’s work as a minister in Paterson quickly showed results. Congregants strongly supported his emphasis on total dependence on God’s free grace. Despite De Rooy’s lack of formal education or ordination in any denomination, on 8 May 1856, the Paterson congregation applied for official status with the Dutch Reformed Church. De Rooy was granted a six-month appointment by the Dutch Reformed Church in response to Paterson’s desires. When that six-month appointment was up, De Rooy promptly declared that he would not follow the Dutch Reformed Church. Instead, he convinced Paterson to join the Church Under the Cross. The Church Under the Cross was a denomination in the Netherlands known for allowing leaders the ordination of lay leaders—such as De Rooy.

The Paterson community was very supportive of the popular De Rooy. When he asked for a leave-of-absence in 1862, the church granted it without a second thought. De Rooy was going to visit his aging mother back in the Netherlands, and the congregation understood that he would be back. De Rooy had different plans, however, as he took a call in Woerden in the Netherlands. He would not leave there until 1865. De Rooy’s reasons are not clear, but most likely he took this call because it would have allowed him to receive official credentials from the Church Under the Cross when he returned to New Jersey.

The Paterson flock did not have the time to wait for De Rooy to finish his call to Woerden and started looking for its next leader. A.H. Bechthold was a friend of one of the deacons in Paterson and a student of De Rooy himself. He seemed the obvious choice to fill De Rooy’s position.

Bechthold, like De Rooy, came with non-negotiable beliefs. One of those beliefs was that whatever denomination they chose, it had to be one close to where the physical church was. This meant that Paterson needed to cut ties to Church Under the Cross, which was located in the Netherlands. To appease Bechthold, the Paterson church applied and successfully joined True Dutch Reformed Church (now the Christian Reformed Church). Its headquarters were in Michigan. Bechthold himself was not thrilled with the distance of denomination to church, but Paterson was not willing to join any other denomination.

De Rooy’s apprentice did not fit well with the Paterson congregation, however. Doctrinal issues, ecclesiastical matters, and Christian conduct problems created a deep divide between Bechthold and his parishioners. By early 1866, Bechthold left the church, and Paterson once again found itself in pastoral limbo.

This time the congregation sought out a minister from the CRC itself, calling W.H Van Leeuwen from Grand Rapids, MI, to come and lead the church. In his five years there, he would help cement the ties between Paterson and their distant denomination, providing Paterson with stability for the first time as a congregation.

The story of the Paterson congregation has elements of tragedy and success. Divisive beliefs and difficult personalities almost destroyed the church. Yet strong beliefs also united them in a time of uncertainty. These congregants held to the Synod of Dordrecht and a faith in God’s sovereignty. They knew what they believed, and they were not going to settle for anything less.

This post is a summary of a story in the print version of Origins. For the complete story, see “The Beginnings of the CRC in New Jersey, 1855-1866,” in Issue 2:1 (Spring 1984) of Origins: Historical Magazine of the Archives.

2 thoughts on “Unity and Division in Paterson, NJ”