So, What’s Your Story? 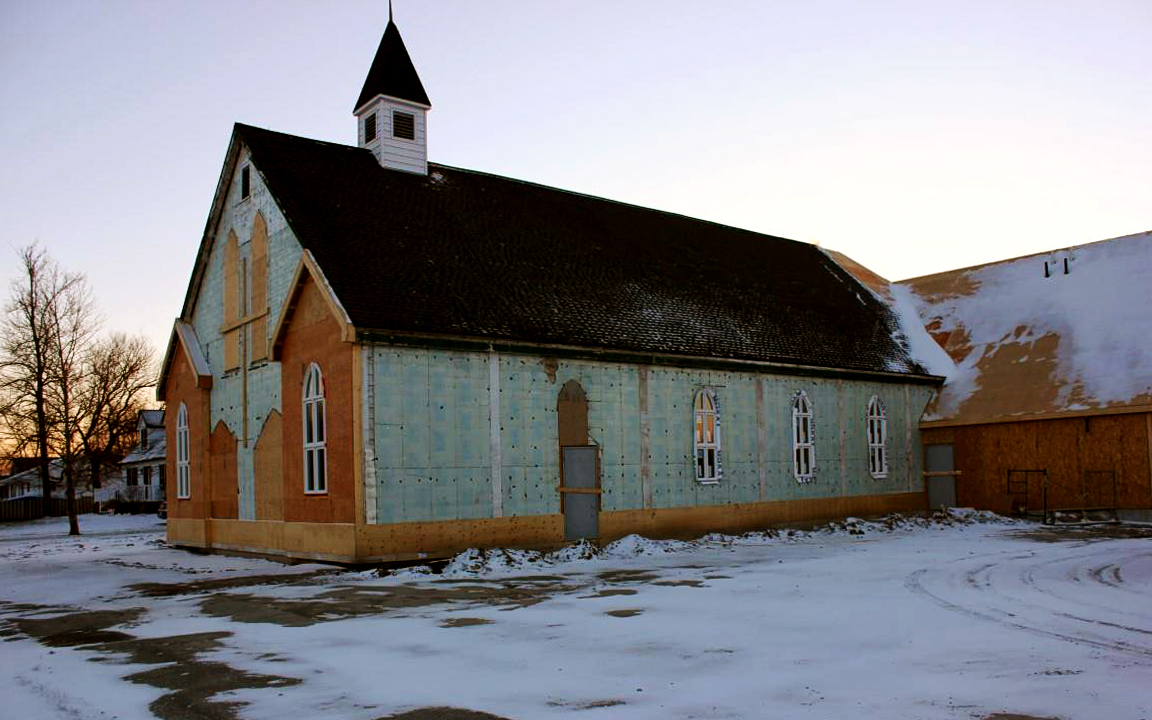 This post concludes a series of three blog posts on belonging and identity in the Dutch immigrant communities in Canada in the 1970s and 1980s.

The first two posts– “Smells and Tastes” and “Dutch Bingo.” –explored how religious identities and ethnic identities easily get entangled. This post will explore how these entanglements can create problems.

“In our isolation lies our strength,” urged Groen van Prinsterer. He was an intellectual leader in orthodox Reformed Christianity in the Netherlands of the mid-nineteenth century. He meant that independent institutions and distinctive communities are necessary to preserve firmness of religious principle.

Van Prinsterer’s advice was influential among the Dutch Reformed immigrants in the Christian Reformed Church (CRC) in the U.S. and Canada in the nineteenth and twentieth centuries. Indeed, his words often were quoted. But as my previous posts on “being Dutch Reformed” suggest, firmness of principle and independent institutions get entangled with ethnocultural separation.

Insiders and outsiders both know this, but it’s usually more obvious to outsiders.

My experience as a kid was mostly inward-looking communities with their own institutions. Not just Christian Reformed congregations, but everything from schools and newspapers to hockey and soccer leagues, delis, lawyers, and insurance brokers. In day-to-day life, I was almost always an insider.

I did not know about van Prinsterer’s saying as a kid. But I would have understood what he meant. And I would have been unable to separate “strength” in principle from my immigrant identity. I knew who belonged and who didn’t. “She married a Canadian” was a way of saying the borders between us and them were muddied by this marriage involving someone from outside the fold.

Dutch borders and Reformed borders. Was there a difference? In theory, maybe. Not so much in life. That sense of belonging provided solidarity and security, but it also pinched, constrained, and excluded. And I sometimes did not like that. Dutch Bingo was my “world.”

One of my sisters and I talked about the two blog posts mentioned above. They resonated with her. Like me, she experienced nostalgia and warm memories. The stories put her childhood and early adult experiences into historical context. We also remembered things that put us off. And she talked about what “outsiders” have said about our communities.

A colleague from a closely related Dutch Reformed denomination told my sister about her husband’s experience. He is a “Canadian”—i.e., someone not Dutch Reformed who married into the “tribe.” He went to her Dutch Reformed church with her. And he told her that it was like a “cult.”

One of my nieces said the same thing, as a generational outsider. “Mum, you grew up in a cult.”

My sister made some distinctions, however. The Christian Reformed communities we grew up in were less isolationist than congregations that left the CRC for more conservative denominations. Those were more cult-like, especially ones with strong, charismatic leaders.

The scholar in me thinks that “sect” is a more appropriate category. But I know what people mean by “cult.”

It’s not clear whether most outsiders would have wanted “in.” Some of the “Canadians” who came inside did so through marriage. Others were attracted to Reformed thought and joined the church. When they did join, how long did it take to feel like insiders? Did they ever, fully? How did their “insider” experience compare to mine?

I did not experience being an outsider until I went to the United States.

After three years at what was then a very Dutch Reformed school in Canada, Redeemer College, I finished my BA at Calvin College. I did not find Calvin “weird and Dutch,” as my non-Dutch Reformed classmates did. Calvin struck me as weird and American. Calvin and the CRC in Michigan were not “immigrant” but Dutch American. And boy howdy were they American. I felt like an outsider partly as an immigrant kid, but especially as a Canadian. That was interesting, the Canadian part.

As a graduate student at Notre Dame, I experienced being a religious and ethnic outsider. It was fascinating. The Irish, Italian, and Catholic jokes were not mine. The insider references were not mine. But I understood how they worked. And I experienced my own insider stuff in a strange mirror. Part of the enjoyment was that I was a tourist. I was not marrying into an Italian American family and joining the Catholic Church. I was there for two years and moved on to do a Ph.D. elsewhere. Also, I was white, with reddish-blond hair, and could “pass” as an insider. Until they heard my last name, people at Notre Dame often assumed I was Irish American and Catholic.

Thinking about race brings me to the most important question that I’m left with. How do we tell stories about communities, and value-rich, textured belonging, and yet be inclusive?

I’m ambivalent about the stories that I told in those two previous blog posts. Insiders and outsiders would experience my stories in quite different ways. Some insiders might enjoy some nostalgia, some might be reminded why they left the fold. Outsiders might be baffled, note parallels in their own ethnoreligious experience, or enjoy some cultural “tourism.” Or they might be reminded why many years after joining the CRC and/or marrying into a Dutch North American family, they’re still not quite inside.

The act of telling stories can reinforce boundaries that seem inevitable in communities, especially those with strong ethnoreligious identities and institutions and networks that push belonging and solidarity. Dutch Bingo reinforces belonging.

Such boundaries can inhibit the gospel, insofar as joining a church seems to entail assimilating ethnic habits. (See the New Testament book of Acts and a variety of Pauline letters about this issue among Jews and Gentiles in the early church.)

Such boundaries are societal and even “political” insofar as they align with racial differences. Those racial differences will be experienced in a variety of ways, no doubt. Say, among Korean American immigrant congregations in the CRC compared to congregations with a large presence, perhaps majority, of African American, Hispanic American, or Native American members.

How do we tell stories about identity, belonging, and community that provide room–inclusion–for people who identify as insiders, outsiders, and places in the between?

This is a personal question, of course, but it’s also a challenge for institutions and communities as they evolve. That evolution includes immigrant traditions becoming more distant over generations, cultural memory rather than personal experience. And it involves communities becoming more diverse and including new traditions, both ethnic and theological.

It’s not just that traditions graft on new branches, to use a familiar biblical metaphor. It’s also that communities rethink their traditions with these new branches in mind. They see historic connections in new ways. They identify a wider variety of tangled roots as their own. It’s a more organic process than “grafting.”

As a historian, I often think about how I can incorporate the voices of people long ignored, even suppressed. It is not enough to simply add new voices but do nothing about the larger story. Inclusion begins to happen and things get more interesting when you also think together about how the larger story might-should change.

You cannot “rewrite” a tradition, community, or belonging in the same way that you can revise a textbook or syllabus.

Communities, traditions, and belonging are more like ecosystems. You can bring change to them, but you can’t control the change. You can try to keep them from changing, but resisting change changes a community and its story too. Unpredictable stuff happens in either case.

So, the story keeps changing, as “outsiders” move in and as “insiders” themselves change and sometimes move on. The questions I’m left with, and I’m curious what you think, are these: How can communities at once have solidarity and belonging and be inclusive and always evolving? And how can they best tell their changing stories?