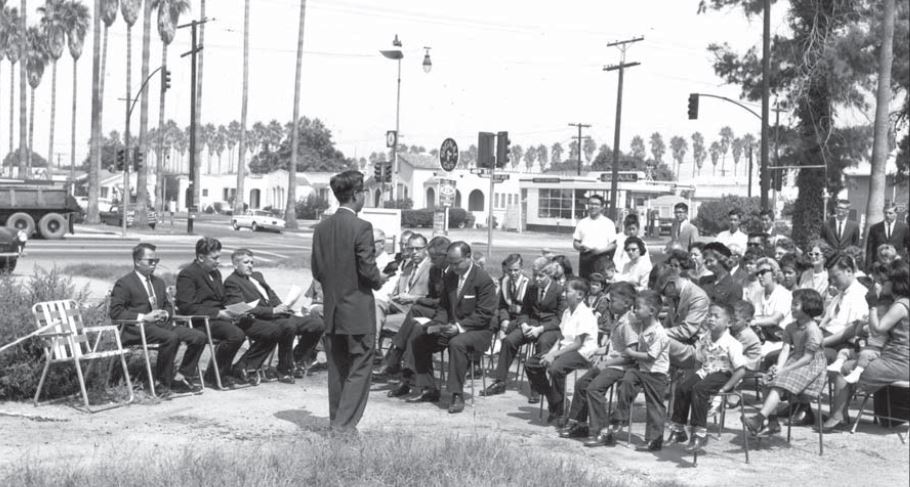 Dutch immigrants probably come to mind when people think of the ethnic history of the Christian Reformed Church in North America (CRC). But that history is an ethnically diverse one, and not just in recent decades. Chinese communities in the CRC date to the 1950s in the United States. Their history traces further back to CRC missions in China.

The first Christian Reformed ministry among Chinese people took the form of a mission field in China. The CRC sent Rev. & Mrs. John De Korne, Dr. & Mrs. Lee Huizenga, and Rev. & Mrs. Harry Dykstra to China in 1920. They labored through 1920s and 1930s, despite political unrest and civil war. In 1949, a communist government took power and decided to rid China of “Western” Christian ideals. As a result, the CRC’s missionaries were forced to abandon the mission field in China in 1950.

The missionaries were not the only ones who left China in the 1950s. Thousands of Chinese nationals fled too, fearing communist reprisals. Many of them settled in the United States. Having lost its mission in China, the CRC refocused its efforts at home among these Chinese immigrants.

A leading figure in these domestic Chinese missions was Paul Szto, the first Chinese pastor to be ordained in the CRC. Beginning in New York City, Szto spearheaded efforts to bring Chinese immigrants into the Christian Reformed fold. The first four Chinese ministries in the CRC trace back to his work.

During this time, he encountered the CRC and was attracted by what he saw. In 1952, while on a weekend visit to a Christian Reformed congregation in Patterson, NJ, a Rev. Dr. Oren Holtrop approached Szto. The two men got talking. In the course of the conversation, Holtrop challenged Szto to consider ministering in Chinese residents in New York City, which included both the recent refugees and a historic community dating to the nineteenth century.

Szto was drawn to this idea. After obtaining the backing of Third CRC in Paterson, NJ, he conducted evangelism for two years out of his apartment near Columbia University. His aim was to gather converts both among his fellow Chinese students and among blue-collar workers in nearby Chinatown.

In 1954, the Eastern Home missions Board took over the supervision of the Chinese ministry from Third CRC in order to provide it with more financial support. Shortly thereafter, it formally designated Szto as a home missionary. And in 1957, he became the first person of Chinese descent to be ordained in the CRC.

Over time, two different visions for the Chinese ministry in New York emerged. Szto wanted to focus the ministry on students, building relationships with and disseminating Reformed thought among intellectuals and future church leaders. The Eastern Home Missions Board, on the other hand, favored a parish model of church development. It sought to establish stable congregations.

With strong encouragement from the Home Missions Board, Szto transitioned his work towards developing a congregation in Queens. He helped a handful of young Chinese families establish the first Mandarin-speaking house-church in the denomination in 1956. The goal of establishing a Chinese congregation in New York had been realized.

Szto did not work alone in this mission. He used his contacts among immigrant Chinese leaders to recruit more Chinese American leaders in the CRC and its home missions work.

While at Westminster Seminary, Szto had made the acquaintance of Isaac Jen, a fellow Chinese immigrant who shared his enthusiasm for Reformed theology. Szto encouraged Jen to consider serving in the CRC, and Jen took this encouragement to heart. In 1954, Jen went to Chicago and was instrumental in persuading a Chinese congregation there to join the CRC. Backed by this group, Jen worked for years to establish a Chinese outreach in Chicago. His labors eventually bore fruit. The Chinese outreach of Chicago was formally organized in 1974.

In addition to establishing the Queens congregation and encouraging Jen, Szto also supported the establishment of a Chinese congregations in Los Angeles and San Francisco. He made the first contact with the Los Angeles group and guided them on the path to Christian Reformed membership. Coincidentally, Szto had introduced Stephen Jung, the congregation’s second pastor, to Reformed theology after the two met in 1957 at a Billy Graham crusade in New York.

Szto also influenced Peter Yan, the San Francisco congregation’s founding pastor. Yang had made Szto’s acquaintance while a student in Minneapolis, and Szto had invited Yang to visit him and the Queen’s congregation in New York. Impressed, Yang returned to visit Szto annually. With Szto’s support, he also enrolled at Calvin Theological Seminary in 1959. In 1965, under Yang’s leadership, the church plant in San Francisco conducted its first service.

In only fifteen years Rev. Dr. Oren Holtrop’s conversation with Szto had borne fruit, in form of Chinese ministries in New York, Chicago, Los Angeles, and San Francisco. Soon Chinese congregations emerged in Iowa City, Vancouver, and Toronto. These ministries bear testimony not only to faithful servants but also to some of the first steps that the CRC took towards embracing people from all nations into the denominational family.

The Christian Reformed Churches (CRC) owe a debt to its members who led the way in ministering to those of Chinese descent. Through the dedicated work of members like Szto, Jen, and Yang, the denomination has been able to share in the fellowship and contributions of its Chinese American members.

The cover image for this post show Rev. George Lau leading an early outdoor meeting of the Crenshaw Church for Chinese-Americans in the Los Angeles area. Photo courtesy of Heritage Hall.

This post is a summary of an article in the print version of Origins. For more details, check out “The Story of Chinese in the CRC,” by Peter Szto, in issue 25:2 (Fall 2007) of Origins: Historical Magazine of the Archives.

1 thought on “Early Chinese Leaders in the Christian Reformed Church”