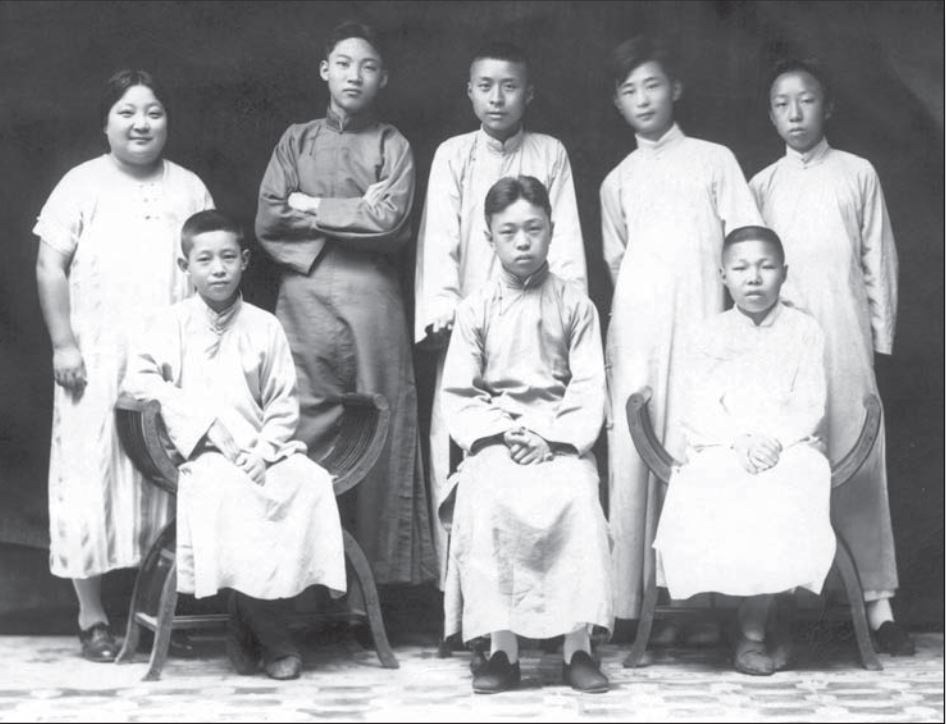 In our last blogpost, “Early Chinese Leaders in the Christian Reformed Church,” we looked at the Christian Reformed Church’s domestic mission among Chinese Americans. This time, we will treat some of the CRC’s mission work in China from 1925 to 1951. The CRC had multiple groups of missionaries operating in China during these years. Notable among these groups was the partnership of Wilhelmina Kalsbeek and Liu Shuying. The two made a concentrated effort to live for and among those they served. This approach contributed greatly to the effectiveness of their evangelism.

In 1920, the first Christian Reformed missionaries and their families began working in China. The missionaries soon realized that they were having difficulty finding opportunities to present their message to Chinese women and children. To remedy this, in 1922 they successfully lobbied the denomination to send a female missionary to work with Chinese women and children as a “Bible woman”.

This “Bible woman” was Wilhelmina Kalsbeek. Born to a Dutch immigrant family in 1894, “Mina” grew up in Grand Rapids, MI, attending Broadway CRC. Feeling a call to mission work, Kalsbeek completed her biblical studies in the United States and moved to China. She quickly became proficient in the Chinese language and in 1924 began laboring in the Rugao district of Jiangsu province, about fifty miles northwest of Shanghai.

In Rugao, Kalsbeek initially found herself shut out of Chinese homes, just as the male missionaries had been before her. To gain access to Chinese homes and hearts, she decided to enlist the help of a Chinese co-worker.

Since the Christian Reformed mission was the first Christian presence in Ruago, finding a Chinese woman suited to help with evangelism was difficult. Kalsbeek tried two women before successfully finding and keeping her ideal working partner — a twenty-four-year-old woman from a nearby province named Liu Shuying.

Liu was born in 1901 to a second-generation Christian family in Wuhu in Anhui province. Both of Liu’s parents worked for Christian missions, so Liu received a Western-style education from the mission-run school. Before joining Kalsbeek, she worked as an accountant at a Christian Reformed mission hospital. Her position as an accountant was rare for a woman in China during this time period, and it speaks well of Liu’s competence.

Kalsbeek and Lieu became fast friends and did evangelism in Rugao together for the next fifteen years. Married, ordained missionaries lived with their families in Western-style houses outside the city wall. In contrast, Liu and Kalsbeek made their home in a Chinese house inside the city walls, just off the main thoroughfare. Kalsbeek wrote: “I can hear the neighbors on both sides talking and laughing and scolding by turn. If I do not reach the women of the neighborhood, it will not be for lack of physical proximity.”

The practice of living among the people they hoped to reach paid off for Kalsbeek and Liu. Their home quickly became a beehive of activity, sometimes with hundreds of women and children visiting for Bible study, English lessons, or just to satisfy their curiosity.

Outside of the home, the two women evangelized on the street and tried to build relationships of trust with young women who, because of poverty, were at risk of being exploited. Many such women were taken into Kalsbeek and Liu’s home. There they would find protection, shelter, and an education that would help them find employment opportunities other than prostitution. Some of the women became Christians and joined Kalsbeek and Liu’s work of teaching Sunday-school, holding after-school activities for children, and organizing women’s meetings and Bible-studies, including a weekly meeting in the local women’s jail.

Kalsbeek and Liu worked hard to communicate in the language of the people that they were ministering to. Kalsbeek was proficient in Mandarin, but even so, studied to improve her Chinese fluency throughout her life. Liu grew up with a different dialect of Chinese than that of Rugao, but she adjusted and proved to be a very effective communicator. Kalsbeek wrote about her: “She [Liu] gave some splendid messages, and seemed able to reach all classes of women: beggars, peddlers, country-women, and the women dressed in gorgeous satins, all listening with the same eagerness.”

The two also displayed cultural-awareness and tact when presenting the gospel to the people of Rugao. In one instance, a celebration of the Chinese Moon Festival served as an opportunity for Liu to speak to her neighbors about the Lord’s creation of the sun, moon, and stars and of the folly and sin of worshipping other gods. Her witness was relatively well-received and sparked a host of interested questions. On another occasion, when one of Kalsbeek and Liu’s young women followers died, they held funeral services with Christian messages every seven days after her death. This mirrored the traditional Chinese custom of the “seven sevens” sacrifices for the dead and provided a weekly opportunity to witness to the dead woman’s friends.

Kalsbeek and Liu worked side by side among Rugao’s people until 1937 when the Japanese marched up the Yangtze River valley and halted formal mission activity. Temporarily separated during the war, the pair moved to Grand Rapids with two adopted daughters in 1949. Both graduated from Calvin College and taught at Creston Christian School.

Liu and Kalsbeek understood that evangelism is not about transmitting Western culture or the English language. The two women labored to bring the gospel within the cultural context of those whom they loved and served. The fruit of this was a faithful and effective presence in Rugao which echoed in the area years after Kalsbeek and Liu’s departure.

Western missions often promoted Western culture and Christianity as a package. In their partnership and their methods, Kalsbeek and Liu conveyed the gospel to people within their own cultural context.

The cover image is of a Bible class studying the Book of John led by Liu (back row, far left). Image courtesy of Heritage Hall.

This post is a summary of an article in the print version of Origins. For more details about Liu and Kalsbeer and about a male team of inter-cultural mission partners, check out “’Inseparable Partners’ – A Portrait of Two Inter-cultural Relationships, 1925 –1951, by Kurt D. Selles, in issue 28:1 (Spring 2010) of Origins: Historical Magazine of the Archives. For even more, check out Selles’ book on China, A New Way of Belonging: Covenant Theology, China, and the Christian Reformed Church, 1921-1951.

2 thoughts on “Inseparable Partners in China”