When a Church Building Becomes an Event Venue 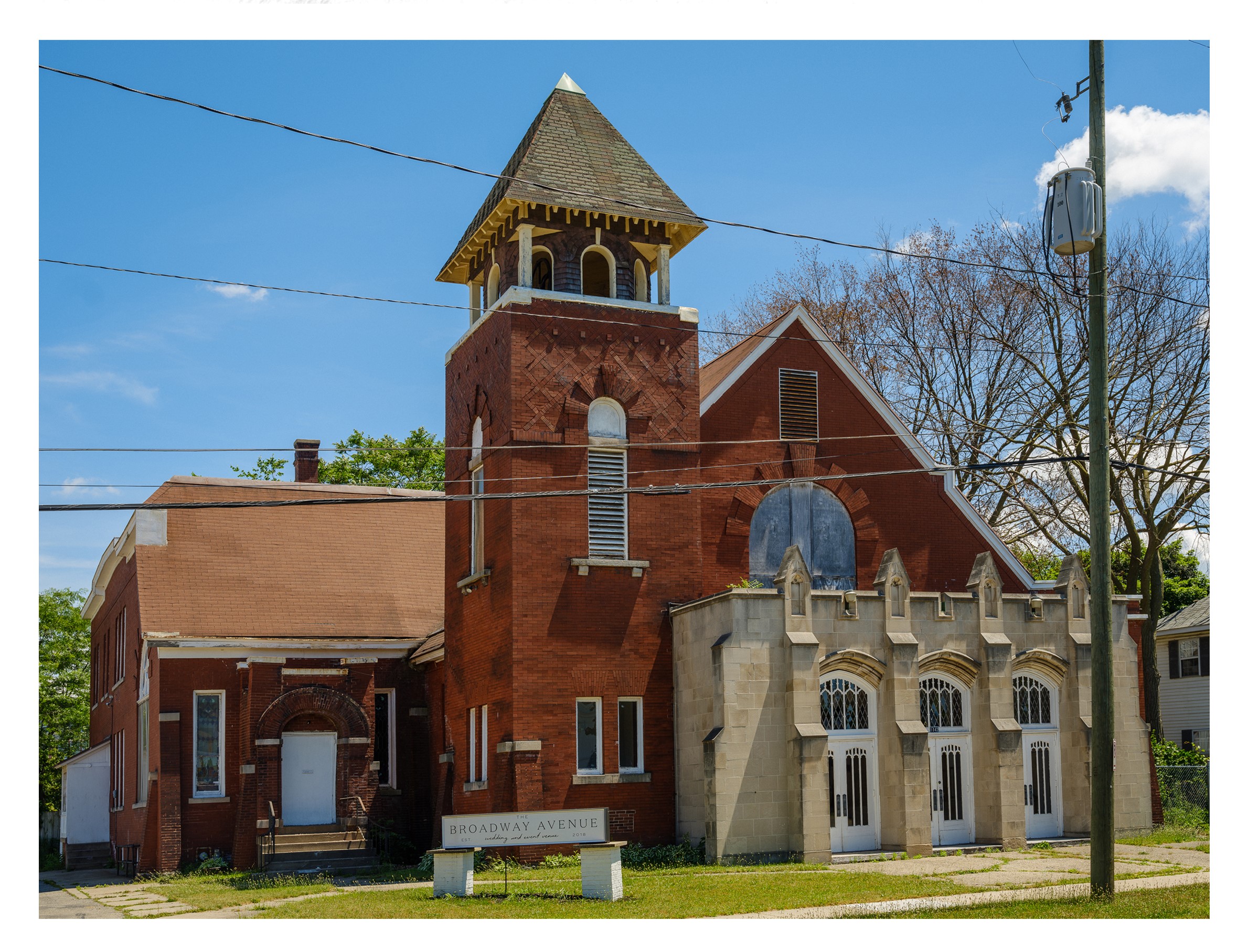 I’ve long been interested in what happens to church buildings. In the past couple of weeks I’ve been thinking about this topic again, as I’ve “rephotographed” several Christian Reformed Church (CRC) buildings on the West Side of Grand Rapids. This post includes pictures of these churches and a few quick reflections on history we can see in the pictures.

In many cities in Europe and the Americas–especially those that date to the medieval and early modern eras–churches once dominated the skyline. This was true often even in early- to mid-nineteenth century cities. A castle, legislature, or court building might rival a church, but little else.

This tells us something about power. So too does the architecture of modern cities, where corporate buildings dominate skylines. I remember being struck, when I was a student, seeing churches in Toronto and Montreal that huddled in the shadows of skyscrapers towering hundreds of feet above them. That says something about how power had changed.

Architecture does not tell a simple story, however. One of those nineteenth century churches, an Anglican parish near the University of Toronto, has a vibrant parish community.

The same kind of complex, multi-layered history can be traced for churches in small towns and in urban neighborhoods and suburbs in midsize cities. What’s in a building? What should we make of buildings changing their function? A retail store in a plaza or on a downtown street can become a church or mosque, after all. And a church facility can become a restaurant or apartment complex.

A Presbyterian parish in Toronto is now a Hare Krishna temple that serves inexpensive vegan food to visitors. In between, it was a United Church congregation and an independent evangelical church. When the last group of Christians left for the suburbs, the Hare Krishnas bought the property and moved in. The building is a historical landmark, so the outside cannot be changed. But much has changed inside.

What should we make of that? This post is not about the Hare Krishna temple. Instead, let’s turn to three examples of church buildings in Grand Rapids.

The three church buildings on the West Side of Grand Rapids tell three stories. But like the churches in Montreal and Toronto that I remember from my student days, they don’t tell a simple story.

The buildings were constructed in the early 1900s by (from left to right) West Leonard CRC, Broadway Street. CRC, and Alpine Avenue CRC. They share not just a Dutch Reformed ethno-cultural history, but architectural features. [If you right click on the images, then click view image, you can see larger versions. The contemporary images are mine; the ones from the early 1900s are courtesy of Heritage Hall.]

What the buildings are today and what has happened with the three congregations varies. West Leonard continues as a CRC congregation, worshiping in its historic building. Broadway sold its historic building and moved the congregation to a new location on Leonard Street in the 1960s, about 20 years after U.S. 131 was built in its backyard. It renamed itself Westview CRC. Alpine merged with Highland Hills CRC in the early 1990s to and they reorganized as Westend CRC.

All of the buildings were renovated at some point, by the CRC congregation and/or the later owners. West Leonard sold the parsonage that you can see beside the church in the early image. The house was lifted off its foundations and moved a few blocks by the new owners. The vacated space became a meeting room and classroom addition to the church building, as you can see in the second image.

Where a building no longer hosts the church community that built it, is the story one of decline for that church and the secularization of society?

Sometimes, yes, but not necessarily. Sometimes congregations found that their members had moved to the suburbs. So the congregation moved. Sometimes a decline in numbers reflected lower birthrates, especially in the wake of the baby boom of the late 40s to early 60s.

The history is not just about the original congregation, either. It also often involves stories about the changing ethnic composition of a neighborhood, sometimes from recent waves of immigrants, and different traditions of Christianity, from Baptist to Pentecostal or independent mega-church. When churches become mosques or Hare Krishna temples, the storiy often is about immigration, multiculturalism, and religious change and diversity.

My point in these reflections is not to make judgments about changes being good or bad. It’s that there are always multiple stories going on. And they are not just religious stories. They are also about demography and changing urban geographies. And they are not necessarily stories of religious decline. They might also simply be about change.

It is mistake, it seems to me, to assume that a congregation folding must be a story of failure. I think of Dutch Reformed churches on the Great Plains that lasted a decade or two at the turn of the twentieth century and then closed their doors. Their members left the area when their homesteading efforts failed due to the vagaries of weather, locusts, global markets for wheat, or the railroad being built near another town.

Those congregations served their communities honorably. When the people moved on, they started new homesteading ventures elsewhere and joined churches there or founded new congregations. Some of those people moved on again. (Re-read the “Little House of the Prairie” novels with this in mind!) Those are stories of persistence, arguably, not ones of failure.

This post is one of several I’ve done in the past year on Origins Online and my personal photography blog. One of the stories was about the site of the old Herpolsheimer’s store in downtown GR. Another was about the Madison campus of what became Calvin seminary and university. It became a high school, then a social services building; now its being renovated as a church campus.

Look for more posts like these in the future. I’m planning rephotography projects on West Michigan and on churches on the Great Plains.