Origins Stories in the CRC, Then and Now 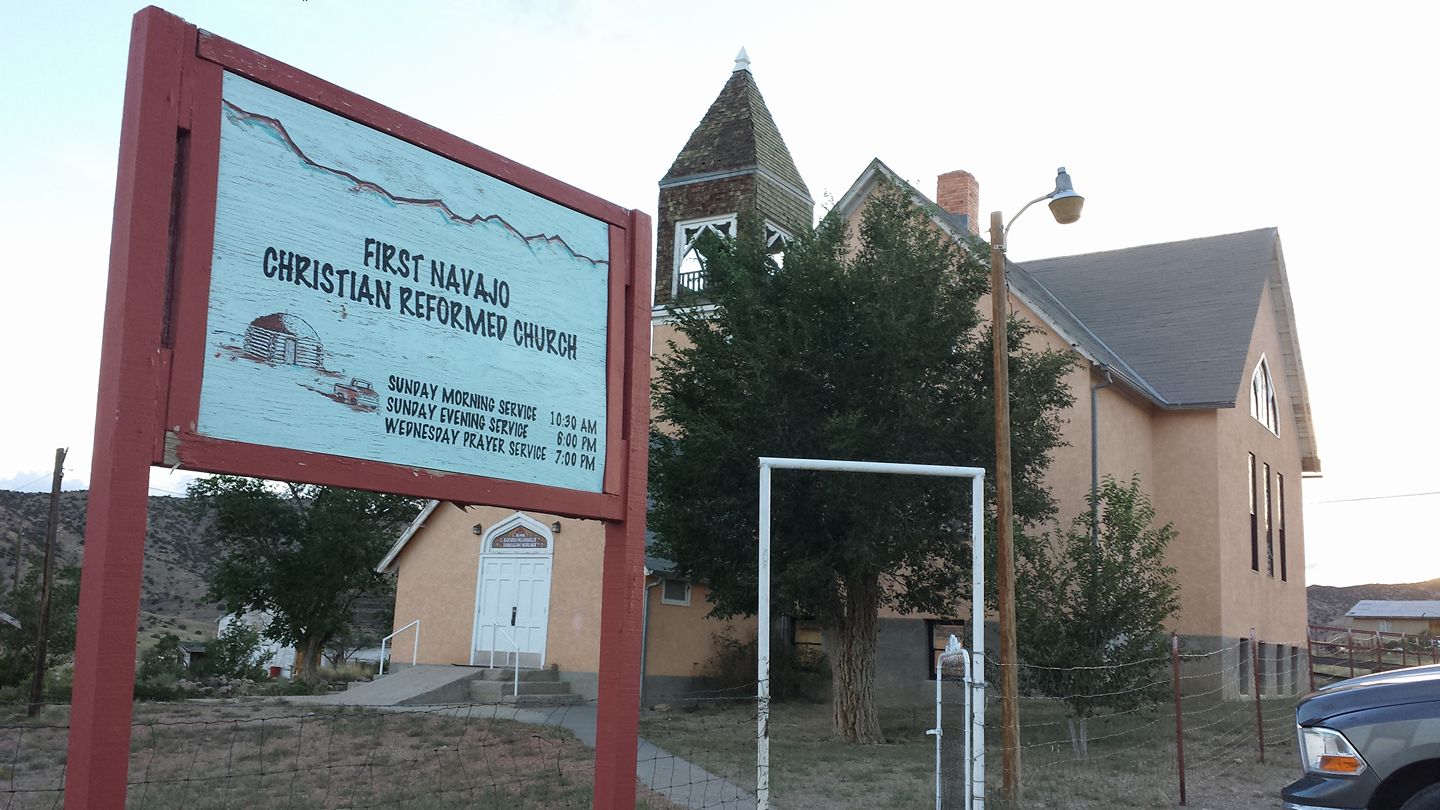 Origins stories have a “mythic” function. By “myth” I don’t mean “bad history” because the facts are wrong or made up. I mean stories that people tell to explain who they are, where they come from, and why they matter. Stories about identity. We all do this as individuals and communities.

Origins stories, or myths, in this second sense can be factually accurate. They also can have errors and include outright lies. The issue is not just errors vs. accuracy. It’s also about selectivity. Myths often are selective in the way they tell history. That selectivity can be self-serving, in trying to sweep unpleasant stuff under the historical carpet.  Or it can be self-centered, ignoring people who rightfully should be part of the story too.

Histories of the Christian Reformed Church (CRC) typically have two key mythic elements. One is a religious story of faithful, pious folk separating themselves from a national Dutch church that had lost its way. It often starts with the Afscheiding, or “separation,” from the Nederlandse Hervormde Kerk in 1834. The other is an ethnic story of immigrants from the Netherlands who became Americans and Canadians. It often starts with the founding of the first Dutch immigrant kolonies in Michigan and Iowa in 1846-1847. The immigrants fled religious persecution and economic blight in the old world to find religious liberty and  economic opportunity in North America.

The storytelling goes from there. The hardships of settlement and building farms, homes, churches, schools, and communities on the frontier (and crowded East Coast cities like Paterson, NJ). Difficult choices about a religious home. Should they join the long-established Reformed Church of America (RCA), which had helped many immigrants in the early community building? Or separate from the RCA, as (some decided) it presented dangers to true piety and Reformed orthodoxy in ways akin to the Dutch national church? Those who left the RCA in 1857 created the True Holland Reformed Church, which eventually became the Christian Reformed Church.

In histories like these, there are heroic characters who lead the faithful. But in a deeper sense the heroes are what Abraham Kupyer called de kleine luyden. Ordinary folk. The proverbial “little guy.” Farmers, laborers, small business owners, men and women, and their children, who took the risks of defying the state church in the Netherlands and leaving their national home to settle in new lands.

Onze mensen, onze kerk. “Our people, our church.” There were lots of other church splits, and other little denominations, in both the Netherlands and the U.S. and Canada. Sometimes those “separations” were lamented. More often there was a fierce pride in the stories–in the courage, principle, and the fortitude that it took to pick up and start over. That story fits me, even if my parents’ families immigrated to Canada a century after Van Raalte and Scholte went to America. My maternal grandfather helped found a new CRC congregation in rural Ontario in the early 1950s.

There also was a hint of Jeremiad in the stories, sometimes. By “Jeremiad” I mean warnings like those of the prophet Jeremiah to the people of Judah about neglecting the ways of the Lord. Would the plucky folk who’d picked up and started over, immigrating to the U.S. and Canada, or their children, or their children’s children, fall from faith? What would be the consequences?

Ethnicity was part of this feared fall from grace. Isolation had helped keep Dutch immigrants and the first generation of their North American descendants faithful. “In our isolation lies our strength,” as the conservative Dutch statesman and historian Groen van Prinsterer often said in the decades after the Afscheiding. Americanization and Canadianization would reduce the isolation of CRC folk. Would it lead to decline in piety and straying from Reformed orthodoxy?

John Kromminga addressed this question in 1949 in The Christian Reformed Church: A Study in Orthodoxy (1949). He argued that the “two most important reasons” for “continued orthodoxy” were “the isolation of the Christian Reformed Church and its people” and the “educational system of the church.” The Dutch Reformed Christian school system might be seen, in part, as another means of isolation. Certainly, critics saw it that way. The Afscheiding and the secession from the Reformed Church in 1857 provided an “orthodox start.” Taking theology seriously, intellectually and in church governance, had helped too. But isolation was key.

Kromminga’s story reads with a mix of satisfaction, pride, and confidence, at one level. He was explaining success after all. But his book also contains hints of Jeremiad. Lefferts A. Loetscher, a church historian at Princeton, put it this way in forward to the book: “The Christian Reformed Church today obviously faces a crisis.” The CRC was now fully part of American life, with its isolation ended. Kromminga ended the book with an open-ended, perhaps ambivalent tone: “The fact remains that the Christian Reformed Church is today an example of continued orthodoxy. What the future holds in store for it time alone can tell.”

[If you want stories about what happened after 1949, check out the later chapters in books by James Bratt, James Schaap, Tymen Hofman, and Scott Hoezee. For the story of pioneering Dutch Reformed women check out the work of Janet Sheeres.]

My concern—because I’m sure you’re expecting one—is not about whether classic CRC origins stories of the sort I have outlined here get the facts right or wrong. Depending on the telling, I’m sure some do better than others.

My concern is rather who and what does this origins story miss? The story of the CRC once could be told in terms of Dutch immigrant origins and migrations (plus some German Reformed congregations). But that no longer works; and truth be told, it hasn’t worked for a while.

Today, about 75 percent of Christian Reformed Churches are in the U.S. and 25 percent in Canada. Of those roughly 1000 congregations (1,072 in 2019) about 170 speak a language other than English (or Dutch). There are, for example, predominantly Korean, African-American, Hispanic, Navajo, Chinese, and Vietnamese congregations. (There is a wider ethnic mix of European American members in the CRC today too.)

What is the origins story of this multiracial Christian Reformed Church? Is it a single story? Is it multiple, interwoven stories? In any case, what holds the story or stories together? The stories still are about origins and migrations, I think, but now about diverse peoples, with their roots and branches interwoven, sometimes touching, sometimes apart, sometimes growing into each other.

The Afscheiding and the immigrant kolonies of Van Raalte and Scholte remain essential to the CRC story, as does the later history analyzed by Kromminga. But essential too is the arrival of Presbyterian missionaries in Korea in the late nineteenth century. By the early 1900s, there were churches and seminaries in Korea and the first Korean pastors had been ordained. The first connections between Korean pastors and students and Calvin College and Seminary date to the interwar years. And in recent decades, waves of Korean immigrants have founded churches, many of them part of the CRC.

We similarly can trace the origins of the other peoples who are part of the CRC. Navajo folk in the CRC whose ancestors first encountered Christian Reformed missionaries in the 1890s. Their longer story includes conquest and removal from ancestral lands to reservations, forced assimilation, as well as ancient histories long before Columbus arrived in the Americas. African Americans whose ancestors were part of the “Great Migration” from the South to the North over the twentieth century, to cities like Detroit, Chicago, and New York where some (or their descendants) became part of the CRC. Their longer story includes ancestors stolen from their homes in Africa, enslaved in the U.S., many of them becoming Christians, often in Baptist and Methodist revivals.

Hispanic, Vietnamese, and Chinese stories include, in the more recent or distant past, encounters with missionaries from diverse Christian traditions; suffering and resisting imperialism; immigration; fleeing war as refugees; and roads of many sorts that brought them as individuals, families, and communities to the CRC.

More examples still could be added. But the point is clear. The story of the CRC today has more varied roots than it did when the first histories were written in the 1860s and 1870s. Already in 1949, it was more varied than Kromminga’s telling suggested.

New stories about many origins and migrations can, like the classic Dutch American origins story, be told well or told poorly, getting the facts right or wrong, addressing inequities, conflict, and trauma, or covering them over. These new stories need also to go beyond ethnicity and race, and varieties of Reformed and more widely Christian roots. They also must pay attention to gender. How have the experiences of women and men been distinct? (Today the church is wrestling with issues related to sexuality. What insight might the past lend to those debates?)

Told well or told poorly, a story or set of stories about varied roots can begin to make sense of what we see in the CRC today, whether face-to-face in local church communities or in our minds’ eyes when we envision a thousand congregations across North America.

Places to begin learning about the many stories of Christian Reformed origins are Scott Hoezee’s book, mentioned above, Grace Through Every Generation: The Continuing Story of the Christian Reformed Church and Alfred E. Mulder’s edited collection of stories, Learning to Count to One: The Joy and Pain of Becoming a Multiracial Church. Two more useful books are African Americans: We’ve Come This far by Faith, by Michelle Loyd-Paige and Eric Washington, and Flourishing in the Land: A Hundred-Year History of Christian Reformed Missions in North America, by Scott Hoezee and Christoper H. Meehan.

Origins Online has told some of these stories, too, in smaller pieces, as has the print magazine Origins. Look for more in the coming months and years.

The cover image is 1st Navajo Christian Reformed Church, in Tohatchi, NM, founded in 1910. You can find it and more photos on the congregation’s Facebook page.