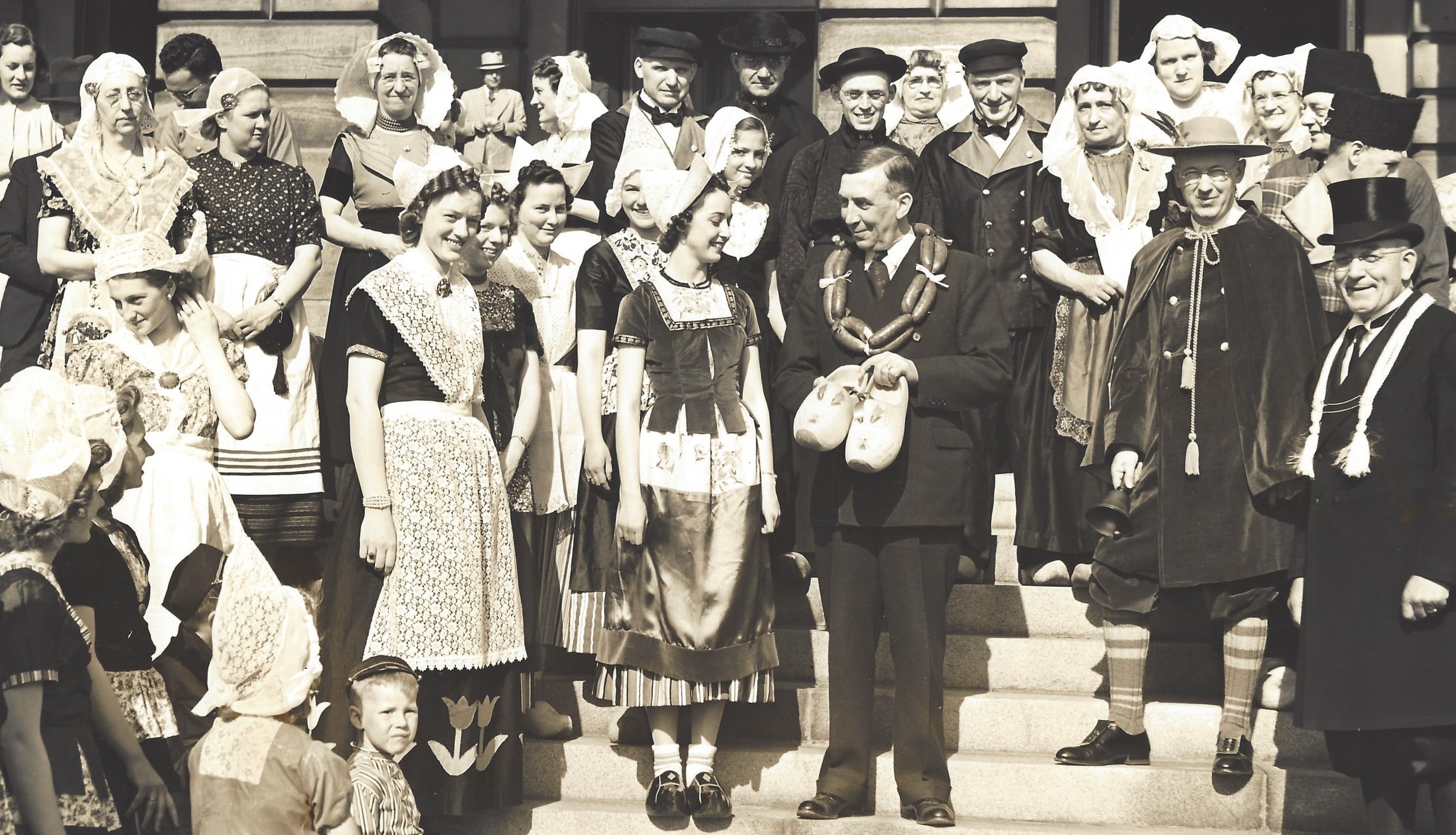 The fall issue of Origins: Historical Magazine of The Archives (vol. 38, no. 2) is now available in print. It focuses on Dutch Reformed immigrants, their descendants, and politics. Included, below, in this blog post is a link to a free essay from the fall 2020 issue.

The issue was edited by Robert Schoone-Jongen, professor of history emeritus at Calvin University. It was meant to come out in October during election season, but COVID-19 slowed the production process down. It did not make it to press until December. Finally, now, in January, it has been making its way to readers! We nay be past the election itself, but politicking about the election has continued.

In the editor’s introduction, Schoone-Jongen notes his frustration with generalizations. This includes generalizations about Dutch immigrants, their descendants, and politics. He lists and debunks a few common ones about “all” Dutch people . . .

Dutch immigrants were heavily Republican; but not all of them. Most were Demo­cratic before the Civil War. . . . Only later did most be­come Republicans. . . . Even so, Dutch Americans could be found amid the ranks of Democrats, Socialists, and Anarchists. Or, Dutch immigrants supported pri­vate day schools; but only a minority of them did. Or, Dutch immigrants were psalm-singing Protestants; but Paterson and Grand Rapids among other localities supported Dutch Catholic parishes. And there were the Dutch Americans who never affiliated with any faith. . . . Or, Dutch immigrants came with little and thrived through thrift; except there were those who crossed the Atlantic in first-class accommodations to expand their already prosperous business operations (think of the Holland-America Line ). You get the picture–the more accurate, compli­cated one, as opposed to the simpler sketch.

This issue of Origins makes the point well when it comes to politics. Yes, there have been some characteristic political tendencies. In particular, the Dutch Reformed are often assumed to be conservative and Republican. The history, as it almost always does, proves to be more complicated and interesting.

The fall 2020 issue includes a short essay on a Dutch Reformed elector caught up in the election of 1876, where controversy went on for months and there were allegations of corruption. (This sounds a bit familiar, as it turns out, doesn’t it!) Other essays look at:

The free article featured in this blog post is a fun one: governors in Iowa and Michigan going to Tulip Time festivals, donning klompen (wooden shoes), and celebrating Dutch American heritage. What did Tulip Time mean to local Dutch American communities? What did governors hope to get by putting on klompen, washing streets, and marching in parades?

Check out the free story and the wonderful photos it: “Searching for Voters Amid the Tulips: Iowa and Michigan Governors Participating in Tulip Time (1936-2019). If you’re interested in more and in subscribing, contact us at crcarchives@calvin.edu. We charge $10 a year for two issues of Origins: Historical Magazine of The Archives. That’s almost cheaper than a cup of coffee these days!

The cover image of the blog post is Governor George A. Wilson of Iowa greeting the Tulip Queen in Des Moines in April 1939. He is wearing a string of Pella, Iowa, bologna around his neck. The image is courtesy of the Pella Museum.