Chimes and American Violence 50 Years Ago 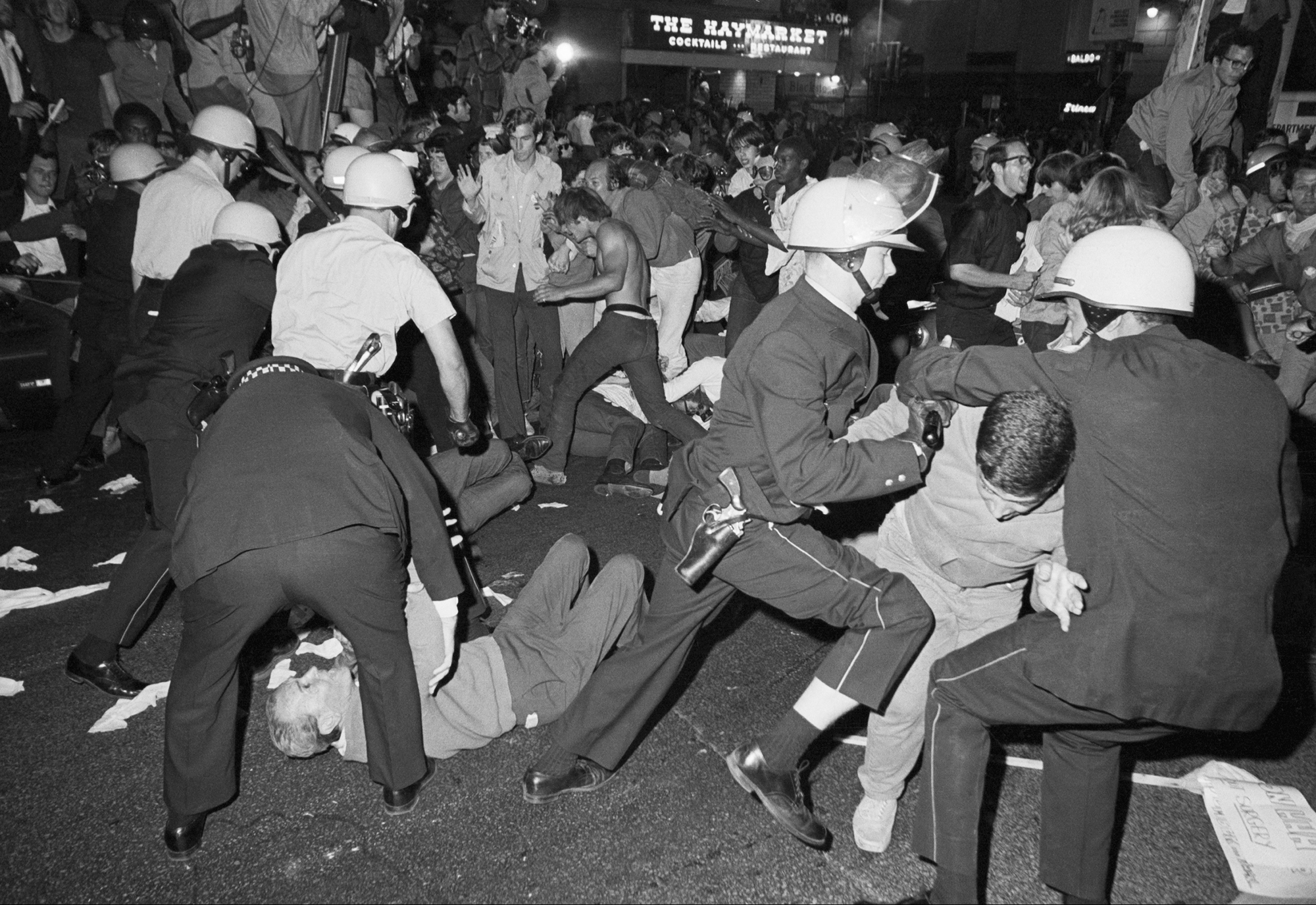 This week I thought it might be interesting to see what was being discussed 50 years ago in Chimes, the student newspaper of Calvin College, now Calvin University.

As I scanned the 5 March 1971 issue of Chimes, several articles caught my eye. Two stories discussed faculty and student views of a report by FOSCO (Faculty Organizational Study Committee). That issue sounded familiar, given all the reorganization going on at the university today.

Two articles addressed current politics. One was a story about police violence and a court case in Chicago.

Another was a review by James Bratt of a book called American Violence: A Documentary History, edited by Richard Hofstadter, the prominent historian. Bratt’s review surveyed the history of violence recounted in the book, including police brutality in Chicago, and assessed Hofstadter’s explanation for the nation’s propensity for violence, more by the Right than the Left, and mostly to impose or maintain the socioeconomic order.

A Calvin student in 1971, Bratt would return to the college in 1987 to teach history. I took a class with him that Fall when I was a student, and we became colleagues when I returned in 1999 to teach history. Jim retired from Calvin a few years ago.

The review of American Violence caught my eye partly because I know Jim. It was fun to hear the voice of the “Jim” I know in his writing as a student in 1971. But more, both the topic of the book and the Chimes story about the police and trial in Chicago echoed what Americans are discussing today: violence in America, racism, police brutality, extremists on the right, radicals on the left, and the shattering of whatever “consensus” American might have had, whether in myth or reality.

The review and story also struck me because of a conversation I had this week with a student. He is doing an independent study with me, writing a research paper on Dutch Reformed views of the Vietnam War and the “culture wars” between the right and left in the Sixties and early Seventies. Doing his research on the era, and reading back issues of Chimes, my student was struck by how the conflict between right and left then seems so much like the “culture wars” today. [For a history of these “culture wars,” check out Andrew Hartman’s book.]

Like Bratt, I think there are problems with Hofstader’s explanation of the history of American violence and with the idea of an American consensus. Also like Bratt, I think that Hofstader is addressing a perennial problem in American life. [Read Bratt’s Chimes review here. Go to Reformed Journal: The Twelve to see some of what Bratt is writing about today.]

Here is the conclusion of Hofstadter’s introduction to American Violence.

When one considers American history as a whole, it is hard to think of any very long period in which it could be said that the country has been consistently well-governed. And yet its political system is, on the whole, a resilient and well-seasoned one, and on the strength of its history one can assume that it can summon enough talent and goodwill to cope with its afflictions. To cope with them—but not, I think, to master them in any thoroughly decisive or admirable fashion. The nation seems to slouch onward into its uncertain future like some huge, inarticulate beast, too much tainted by wounds and ailments to be robust, but too strong and resourceful to succumb. [Read Hofstadter’s introduction to American Violence.]

The cover image is police clashing with protestors at the 1968 Democratic National Convention in Chicago. The police and protestors blamed each other for starting the violence; the event has often been judged to be a “police riot.” [For a recent discussion of the riot check out this story at New York magazine.]