Evacuees Return Home after the Dutch Surrender to Germany, 1940 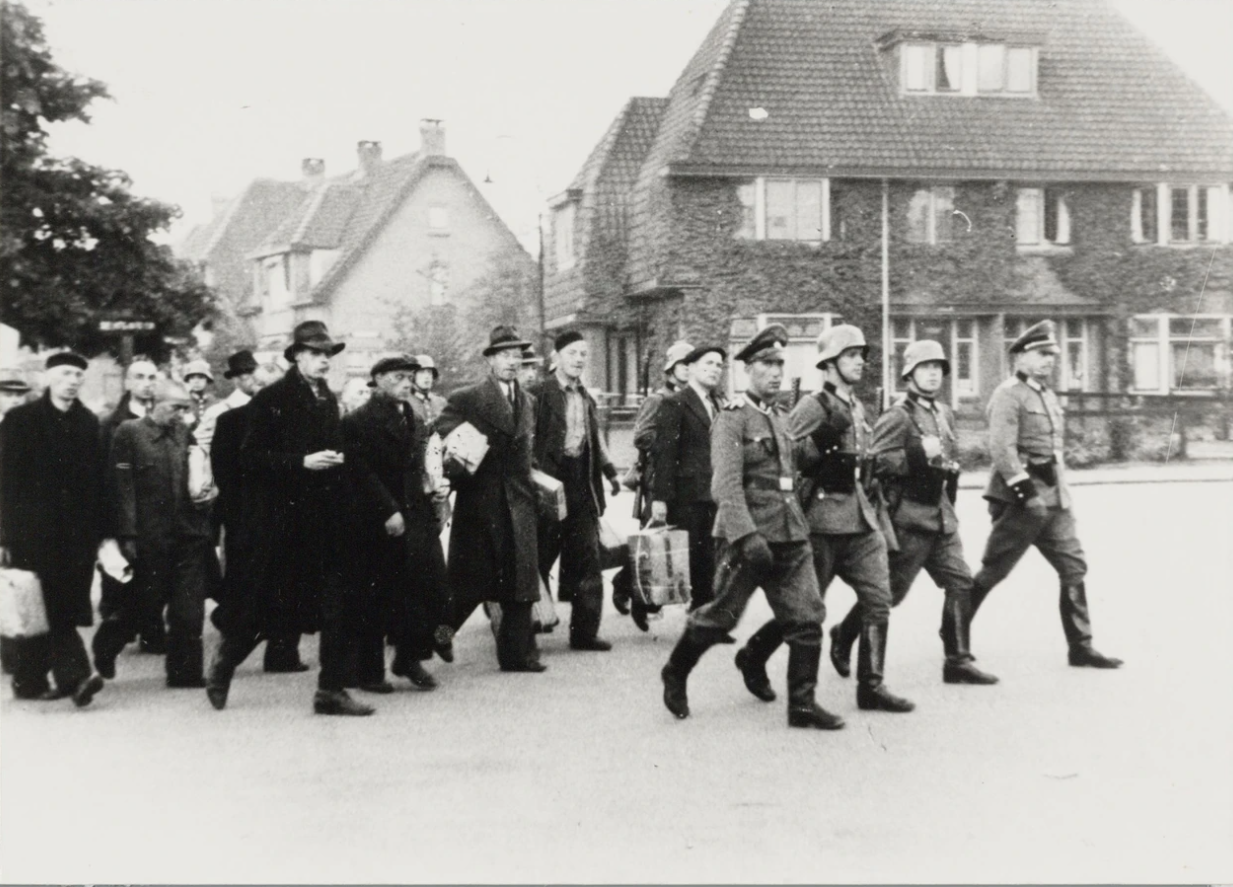 This blog post has a different title, but is “Part II” of the previous post, “DUTCH REFUGEES FLEEING GERMAN INVASION, 1940.” It includes the second half of letter that is part of our World War II Collection, 1940-2011 (COLL 454, Box 8, Folder 21), dated Friday 10 May 1940. The letter is from a woman to her children and family in North America. Her name is not known.

The first half of the letter (see it the previous post) recounts the flight of the woman and her husband when Germany invaded the Netherlands on 10 May 1940. The second half (below) seems to have been written a couple of weeks later, after the fighting ended in mid-May 1940. The Netherlands had surrendered to Germany, and some evacuees had returned to their homes.  Life felt normal enough in mid-to-late May that the author lamented not getting mail from the United States.

The next year or so, in 1940 and 1941, saw an economic boom in the Netherlands, with orders for goods from Germany, and relatively “mild” treatment by Arthur Seyss-Inquart, the Austrian Reichskommissar appointed by Germany to govern the Netherlands. This “mild” period ended during the summer of 1941.

As the war intensified in other parts of Europe, German economic exploitation in the Netherlands became harsher, removal of Jews became systematic, and Dutch resistance to the German occupation grew. During the last two years of the war, in 1944-1945, Nazi repression got even worse. Conditions deteriorated further, with lack of fuel, starvation, and violence, particularly as Allied forces moved into the Netherlands to liberate it and pushed on to Germany.

The second half of the letter, below, thus reflects circumstances in the wake of the surrender of Dutch forces and during the “mild” period in May 1940, not the harsher period that began in 1941.

I will now try to continue my letter. It is strange to realize that our soldiers suddenly are disarmed, and many of our boys broke their guns. When they were accompanied by their officers, many wept bitterly and could not believe it, especially our marines who fought so valiantly. The Germans also said this. The Grebbe line also has been destroyed (that was in Rhenen) and many of our soldiers fell and they were finally forced to surrender.

It was a difficult decision, but the commander-in-chief saw no point in continuing the struggle and further destroying the Netherlands for Rotterdam had been very hard hit: 350 streets, the entire city center, as well as some outlying districts, 13 churches (7 Reformed and 6 Christian Reformed totally destroyed); all large buildings and stores, including my brother Dirk’s office.

It was a dreadful thing, and of course each feels his own loss worst of all. Even the underground bomb shelters suffered because of the many destroyed buildings which buried them under the falling debris, so that many valuable papers were reduced to powder. In some instance it took two to three days to remove the debris and rescue the people that had sought shelter there. According to reports the smoke and smoldering continued several days.

We were evacuated from Saturday May 11 to Sunday May 19 and have the highest praise for the marvelous treatment accorded us. When we received notice that we might return to Amersfoort we received food sufficient for the day. The people in Bergen refused to accept money for the help given, for they considered it a pleasure to be able to do something to help us and ease our troubles.

On Sunday the nineteenth we were instructed to be at the railroad station at 6:30 AM. And you cannot imagine how we felt. At 6:30 all were ready with all the baggage, clothing, etc., for we did not know what we might find upon our return. It was impossible to get a car, for there was no gasoline, and walking with all those goods was impossible.  Pa rented a pushcart from a painter, and all our belongings (four people) were loaded, and so we went on our way, Pa with the cart, and we followed walking. Two girls went with us and returned with the cart. We had quite a distance to walk and saw large numbers of people who joined us. After waiting quite a long time we boarded the train at 8:00 AM, and at 12:30 we arrived in Amersfoort, and came home.

Fortunately, everything was still there except the girls’ bicycles. All was dusty and dirty, but we were very fortunate, for there was much flooding during those days. How good to be home again.

Amersfoort was well-fortified, but not a battle theatre. Rhenen and Wageningen and the Grebbe Line did suffer a lot of damage. We were there and found it a scene of destruction. The spot where the fighting was heaviest has been turned into a graveyard. Our boys are buried in rows of fifty, marked with thire name and their helmet or rifle. Some German soldiers also were buried there. What a sad sight. A brother of Mrs. Entingh from Rotterdam also fell there.

We are thankful that our relatives are still alive, including those who served in the military forces. Henk of Aunt Klas, and Philip of Uncle Frans, and the in-laws. Our relatives in Schieden and Delft are also quite well but had some difficult times.

Beginning May 10, we sent many cards to all of you, but all mail has returned. Therefore, we could not keep you posted. No letter arriving here from the US or Canada for my birthday. That was a big disappointment, but we realized that the mail was not moving. Since that time we have not received a copy of de Wachter either. The last letter from John arrived May 3, and now we cannot write to him either. Mail to USA may be sent again, but Canada and South Africa are held up.

As this letter suggests, the anonymous woman and her companions were less refugees” than temporary “evacuees.” They returned home to a new normal—the mild phase of the German occupation. Refugees are people who have lost their homes and been forced to flee for environmental, economic, or political reasons. A good example in the years before the war was Jews fleeing Germany for other parts of Europe or other parts of the world.  Evacuees are, by comparison, people fleeing a temporary problem who expect to return to their homes soon. They may end up becoming refugees or may return home.

By the end of World War II, during the summer of 1945, there were tens of millions of displaced persons in Europe, and tens of millions more in Asia. In Europe, they included the continent’s remaining Jews, millions of Germans evicted from their homes in Czechoslovakia and Poland, prisoners of war, and forced laborers. The Japanese conquest of China and other parts of East Asia had created 90 million displaced persons.  There had been millions of refugees after World War I and the Russian Revolution of 1917-1921.

Modern refugee policies and programs, as we know them today, emerged at the end of World War II and the years that followed to deal with all of these displaced persons. Conflicts associated with Cold War and decolonization in Asia and Africa, other wars, civil wars, and ecological problems would create refugee crises and tens of thousands and millions of refugees in the second half of the twentieth century and early twenty-first century.

In Ukraine today, millions of people have fled the Russian invasion. It is not clear how many of these displaced people will end up being shorter term evacuees who soon return home or refugees who cannot return, will not return, or have no homes to return to. Much depends on the course of the current war, how long it takes to get to a cessation of fighting, and what a “peace” and political outcomes look like.

The cover image of the blog post shows German soldiers taking civilian Dutch men to the Amersfoort prison camp from nearby Putten in 1944, as punishment for the Dutch resistance killing a German soldier. Of the 652 taken, less than 50 survived and returned home after the liberation.