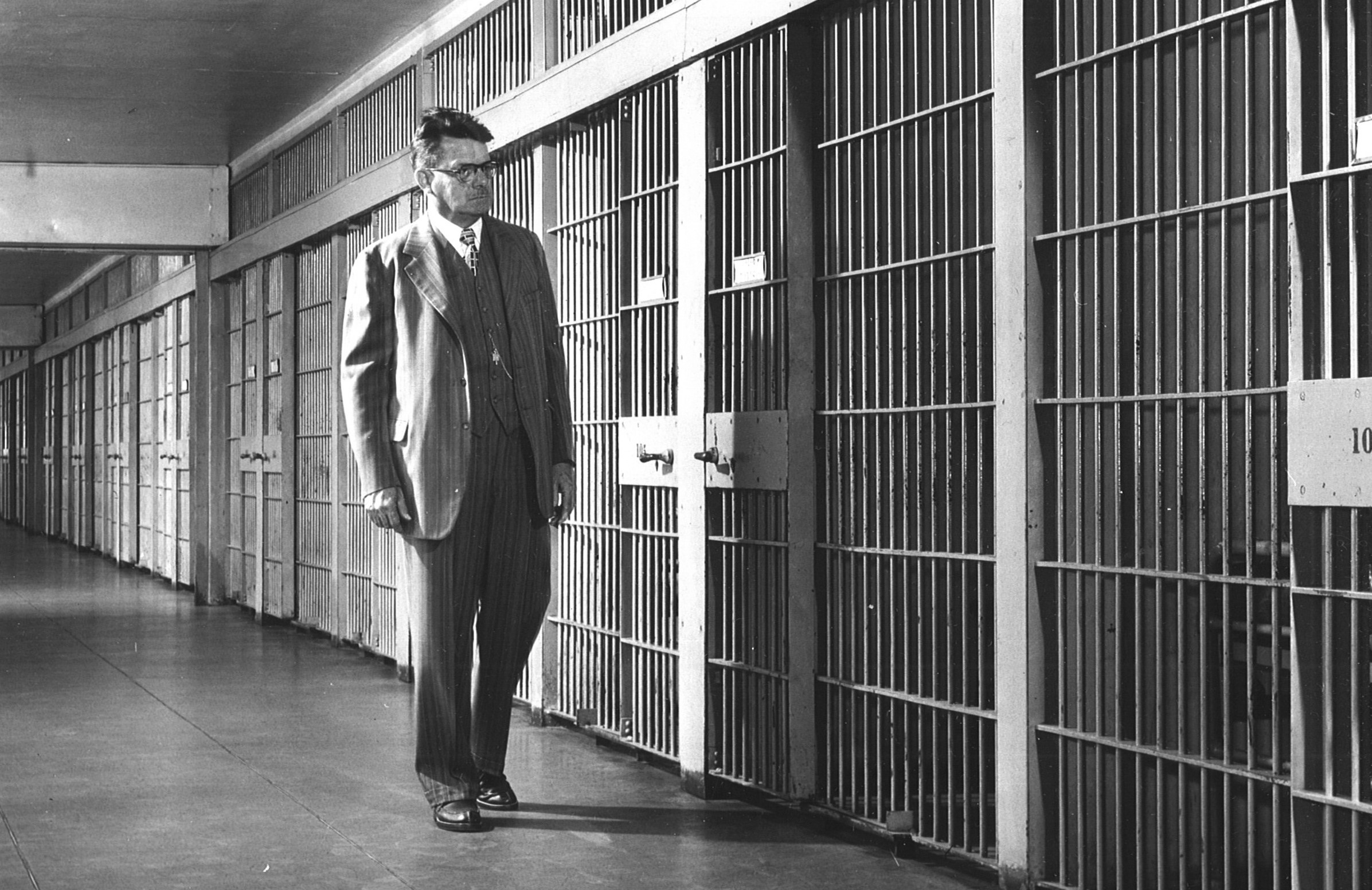 Garrett Heyns (1891-1969) died five decades before the Calvin Prison Initiative was born, but it is a part of his legacy. Heyns was a Christian educator whose vocation took an unexpected turn in 1937.

Things started conventionally enough for the Calvin alum. He was born into the Christian Reformed Church. His father William W. Heyns, a Dutch immigrant, became professor of practical theology at the Calvin seminary when Garrett was in his teens. Young Garrett attended Calvin Junior College, graduating in 1911. He earned his AB (1915), MA (1916), and PhD (1927) from the University of Michigan.

The turn in his career came in 1937, when he became the warden of the Michigan Reformatory in Ionia. Heyns’ second career was in prisons. But he remained an educator and took his Christian vision and values with him in this new work.

Michigan appointed Heyns State Director of Corrections in 1940. In 1949 he returned to the Reformatory. In 1957 he became director of the State of Washington Department of Institutions. In both states Heyns promoted education and reform for prisoners. In 1966, on his retirement, he accepted an offer from the federal government to become executive director of the Joint Commission on Correctional Training.

Heyn’s vocation took him across the country and from jobs in Christian schools to work in reform schools and prisons. But he remained a faithful son of the church. Characteristically, he helped to organize a Christian Reformed congregation in Tacoma, Washington.

Heyns’s faith greatly also influenced his views on crime and rehabilitation. He believed that law is “the expression of the will of God” and “based upon eternal principles of right and justice as revealed in scripture.” Violations of the law thus were not only crimes against society, but sins against God. Heyns believed that the maintenance of law and order was of importance to Reformed Christians because of their interest in the safety of their fellow human beings. These beliefs motivated him to focus on the reform of offenders because his ultimate concern was their eternal welfare.

In Heyns’s eyes, the path towards reform was a useful and meaningful education. In a 1954 planning document for a new correctional institution, he wrote, “Courses should be practical. The emphasis should be on those courses that will broaden horizons, provide concepts with which to make better social adjustment, and usable in a field of endeavor which will make the greatest appeal to the individual.” Heyns practiced what he preached, proposing business and high school courses as well as on-the-job training for maintenance and industrial jobs.

The Garrett Heyns collection in Heritage Hall contains syllabi used for his courses. Heyns’ approach to education was holistic and included plans for health social environments, physical education, and recreation. It was not enough to train minds in the classroom. Education and reform required healthy bodies and spirits.

The Heyns collection also contains materials from courses he taught on penology and administration for employees in prisons. An exam from one of these classes asks students to reflect on probation, parole, prison education and discipline. Materials for a course on prison management move connect philosophy to the physical features of prisons, budgets, administrative organization, and prison industries.

As with education for inmates, Heyn’s vision for prisons was holistic. “This business of arousing interest of stimulating motivation for the education program is not the job of any one man,” he explained. “There must be a combination of forces. To arouse interest one must have an enthusiastic warden, an interested staff, inspired educators, a fully equipped, well-integrated program.”

Henys received Calvin’s first distinguished alumni award in 1966, and a dorm on campus is named after him. His vision lives on today at Calvin—and where he started in 1937, in Ionia. In 2011, Garrett Heyns’ grandson and former Michigan Department of Corrections Director, Dan Heyns, helped create the Calvin Prison Initiative, a partnership between Calvin University and the Michigan Department of Corrections to form a unique prison education program that changes prisoners’ hearts by enriching their minds.

Housed at Handlon Correctional Facility in Ionia, the program offers a bachelors degree in faith and community leadership and a minor in social work. It is located near the reformatory site Garrett work at during the 1930s-1950s.

Emily Koelzer is an archives metadata assistant in Heritage Hall at Calvin University.