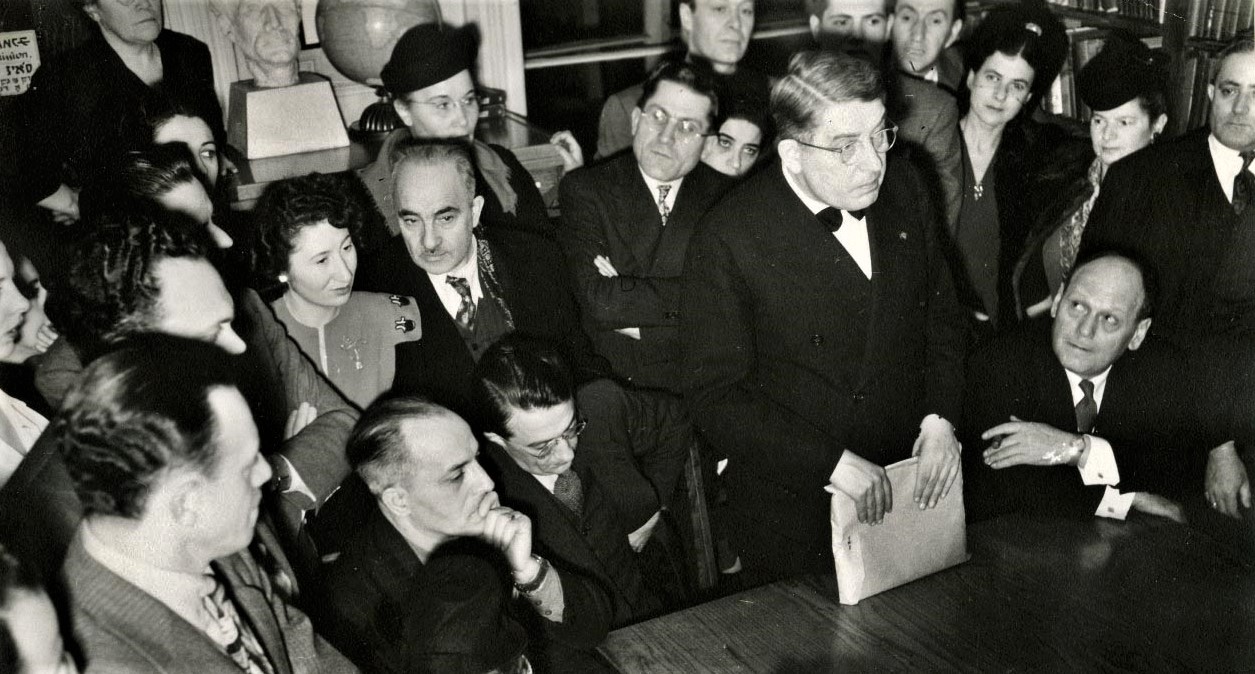 Pierre Van Paassen lived a life of contradictions. He was a pacifist who set aside his principles to serve in the Canadian military and later returned to pacifism of a sort. He was a journalist who made up stories and bounced around jobs from Canada to the United States, Europe, and Palestine.  The longest continuity in Van Paassen’s work was his support for Zionism and the new state of Israel. What can we make of a life like his?

Life started for Van Paassen in a militant Calvinist household in Gorinchem, Netherlands. He wrote about his upbringing in numerous books, including one of his bestsellers, The Forgotten Ally. In 1911, Van Paassen immigrated to Toronto, Canada, where he left behind the Reformed Christianity of his parents to become a Methodist pastor. In 1914, he married Ethel Ann Russell, before separating from her and remarrying, this time a Gorinchem native named Cornelia Machelina Sizoo.

A writer more than anything else, Van Paassen spent much of his career in journalism. He worked for several newspapers, most notably as a foreign correspondent for the Toronto Star. Many of his stories were about war and racial violence. He penned articles about the dangers of National Socialism, comparisons between the Nazi party and KKK, and Nazi brutality towards Jews. Late in life, he wrote about the injustices faced by African Americans. Ironically, given his opposition to racial bigotry, the Toronto Star fired him in 1936 for his anti-Catholic, left-wing biases.

Van Paassen discovered his passion in the 1930s when he began to devote much of his time and energy to the Zionist cause. He found himself entranced by the trials and triumphs of the ancient Israelites. He became a Zionist activist, believing that Zionism was the “Social Gospel of Judaism” and that the Jewish people would create a model state.

To support the cause Van Paassen spoke to Christian and Jewish congregations. He joined the short-lived Pro-Palestinian Federation in the United States and served as chairman for the Committee for a Jewish Army for Stateless and Palestinian Jews. Van Paassen found himself writing letters and statements to President Franklin D. Roosevelt and Prime Minister Winston Churchill on behalf of Zionist Committees. His sympathy for the persecuted Jewish population and the state of Israel never wavered throughout his life.

For all his activism, Van Paassen remained a writer at heart. He became an independent author after the Toronto Star let him go. His main interests were Zionism and his hometown of Gorinchem. His first book, the autobiographical Days of our Years (1939), was an instant bestseller. The Forgotten Ally (1943), about the contributions of Jews to the war effort, also reached bestseller status. His desire to tell vivid stories led him to make up material and commit factual errors, however. Earth Could be Fair (1946), ostensibly about Gorinchem during the war and based on family letters, was totally fabricated, for example.

Although Van Paassen’s writings were marred by errors and fabrications, readers loved them. “Van Paassen was a prolific writer who used his journalistic skills to warn against the dangers of National Socialism and to speak on behalf of the persecuted Jews,” Gerlof Homan concluded in his Origins article in 2014. “Unfortunately, much of his other writing has limited historical value as he tended to fictionalize events and individuals including aspects of his own life.” The flaws in Van Paassen’s books do not negate Van Paassen’s intuitive understanding of what interested readers or his impact as a supporter of Zionism.

After the war, Van Paassen returned to the church. In 1946 he became an ordained Unitarian minister. He criticized Christianity that looked to the afterlife for comfort and instead advocated a “militant Christianity” that promoted the Kingdom of God in the here and now. Perhaps Van Paassen’s life is best seen as that of a man in search of the right pulpit. He might have left behind his parents’ Calvinism, but not their inclination to support righteous causes.

This post is a summary of a story in the print version of Origins, “Journalist, Author, and Zionist–Pierre Van Paassen,” by Gerlof D. Homan. Read the full story here: Issue 32:2 of Origins: Historical Magazine of the Archives (Fall 2014).

If you would like to read Van Paassen books, you can find them in the Hekman Library at Calvin University.

2 thoughts on “The Strange Career of Pierre Van Paassen”