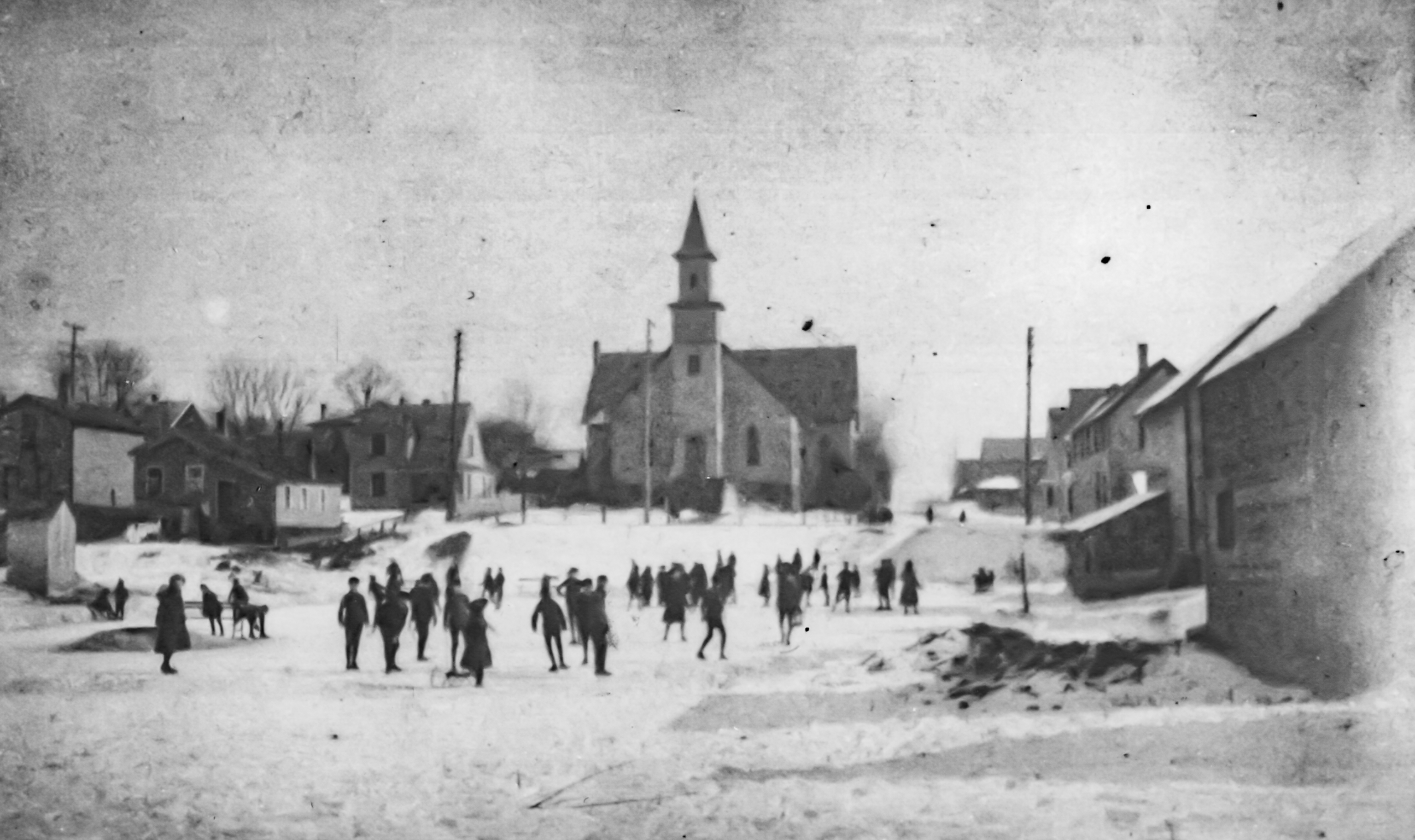 Humble origins and deep piety marked the Dutch Reformed immigrants who came to Michigan in the mid-nineteenth century. So to did a love of learning, especially theology, and an inclination to apply Reformed theology and thought to all aspects of life. All these characteristics marked the life of Johannes Groen.

Groen was born in 1865 as the only son of Johannes and Maria Groen, farmers in Vriesland, Michigan, a hamlet a few miles due east of the village of Zeeland. Groen attended Vriesland Christian Reformed Church, growing up, and received anywhere from six years to six weeks of education in the village school, depending on if one asked his friends or his enemies.

As a young man, Groen likely made a few enemies. He was undisciplined and known in his community for his rather colorful personality. In his late teens, Groen experienced a profound conversion. He would later write: “Then I was brought from the world and from sin to God as a penitent, as the prodigal son.”

After his conversion, Groen felt a call to the ministry. To that end, he began taking classes at the Theological School in Grand Rapids. After a few years of struggling with his coursework, Groen hit his academic stride. He passed the harrowing final examination expected by the Theological School’s board of trustees in June 1891. He received his diploma and the denomination declared him a candidate for the ministry.

Already as a seminarian, Groen had channeled his “colorful personality” to produce lively preaching. As a result, he received no less than six calls from various churches when he finished his studies. He accepted the call from Zeeland First Christian Reformed Church, not far from his boyhood town. Groen later wrote that his time serving the Zeeland congregation was full of “much blessing, spiritual success, peace” and “not a word of conflict with the consistory.” The claim that a consistory of Reformed Dutchmen had no conflicts is probably more rosy than realistic, but it illustrates Groen’s positive memories of his time in Zeeland. He was popular with most of his flock, and under his leadership the church had grown and prospered.

In 1900, Groen received and accepted a call from Eastern Avenue Christian Reformed Church in Grand Rapids, Michigan. Groen’s time at Eastern Avenue was less harmonious than in Zeeland. Groen fought for women’s suffrage and labor unions from Eastern Avenue’s pulpit, causes generally opposed in the denomination.

The members of Eastern Avenue were predominantly Dutch immigrants who came from diverse social backgrounds and sometimes conflicting strains of Reformed piety. Ministering to this large congregation was no easy task. Many in Groen’s flock were foreigners adapting to an alien land, and the stress and tensions of immigrant experience showed through in some of their lives. In addition to his preaching and teaching responsibilities, Groen dealt with young rowdies during services, church absences, flagrant Sabbath-breaking, alcoholism, and domestic conflicts.

Groen’s work at Eastern avenue contained joy as well. Disrespectful young people in the church were offset by serious youth who attended catechism classes regularly and made their profession of faith. The consistory of Eastern Avenue was not only a disciplinary body, but a shepherd to the needs of the poor, meek, and grateful.

Groen was by many accounts a man of nearly unlimited energy, wide vision, and great leadership. Calvin professor Jacob Vanden Bosch would commemorate Groen’s “genius as an organizer and the inspiration that came from him as a teacher.” Though not all agreed with the content of some of his sermons, no one could deny his power and charisma behind the pulpit.

For all his ability, however, Groen’s work and the ministry taxed him and eventually took a toll on him. Groen had to contend with controversies in his congregation regarding the celebration of the Lord’s supper and politics. He was progressive politically, for the time, and stood out in a tradition-minded immigrant community. In 1916, while Groen was walking along Wealthy Street near Eastern Avenue, an unhinged man named William Hoekstra fired two shots at him with a revolver. Hoekstra had quarreled with Groen before, and the Eastern Avenue consistory recently had denied him membership because of his religious fanaticism. Both shots missed Groen, who ducked into the stairway of a nearby building, but the incident shook him deeply. Beginning in 1918, he was required to preach in English. This was emotionally draining for him.

Groen requested a three-month leave of absence after this and Eastern Avenue granted it to him. When he returned, he gradually lightened his workload. This tactic did not help his deteriorating health, however. He submitted his resignation from the ministry to Classis Grand Rapids East in 1919 and then moved to California.

In California Groen hoped to improve his health. He preached occasionally for a small Christian Reformed congregation in Los Angeles. The congregation appreciated his preaching and it grew. But Groen’s health continued to decline. In March 1924, with most members of the consistory gathered around his bed, he died.

People lionized the man who was born a humble farmer’s son in Vriesland. His funeral sermon, preached in Grand Rapids, was entitled, “A Prince of a Great Man Has Fallen.” His obituary quoted Milton’s Lycidas and Tennyson’s Ulysses, “How dull it is to pause, to make an end, to rust unburnished, not to shine in use.” Serving as a minister in the Christian Reformed Church from 1891-1924, Groen stood out in his work among both his congregation and society at large.

The cover image for this post is Eastern Avenue CRC in Grand Rapids during the winter, with people skating (1890s?). Photo courtesy of Heritage Hall.

This post is a summary of a story in the print version of Origins. For the complete story, check out “Johannes Groen: An Arduous but Faithful Ministry,” by Harry Boonstra, in issue 23:1 (Spring 2005) of Origins: Historical Magazine of the Archives.