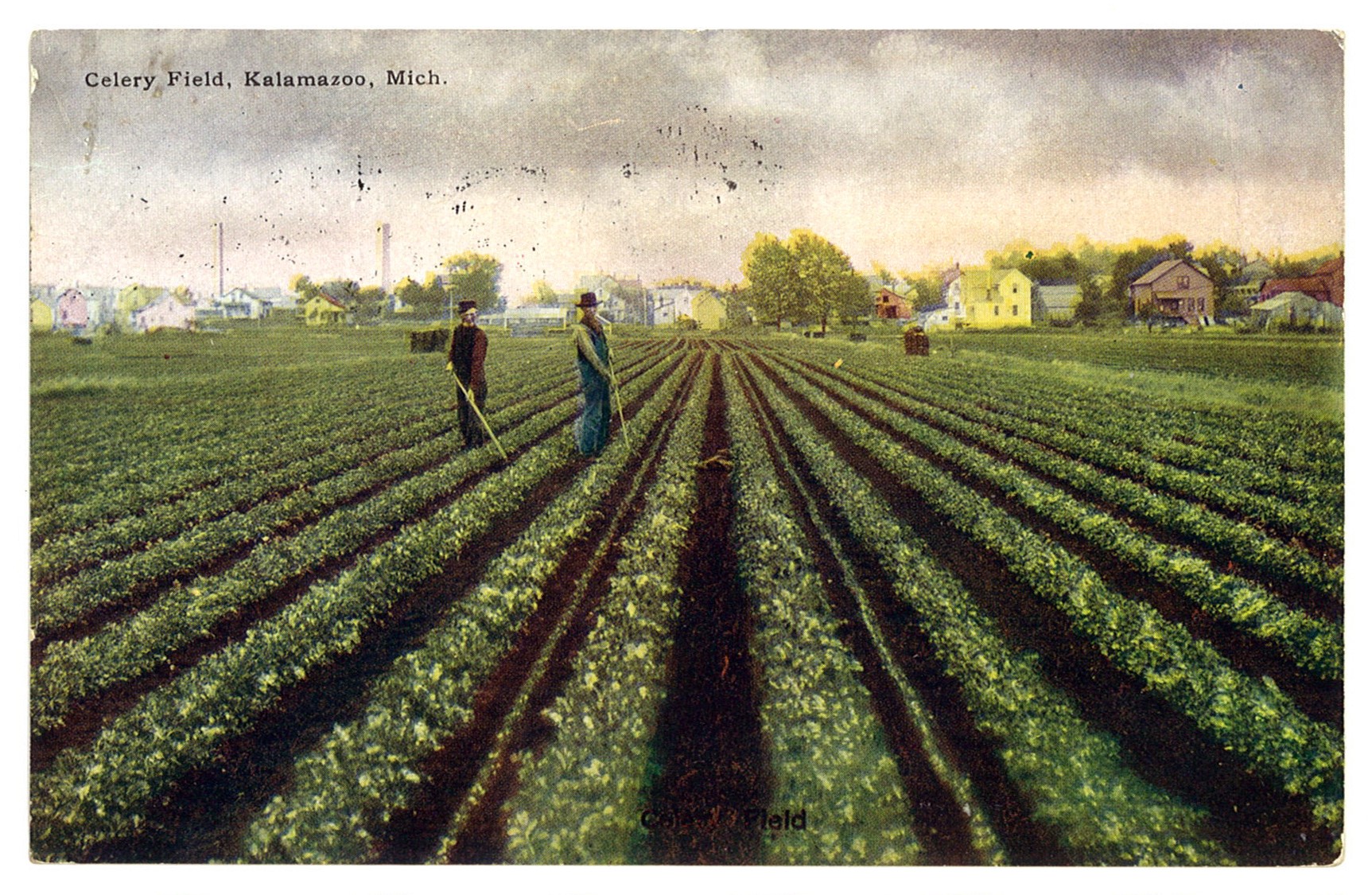 The Dutch know muck. And they know how to grow vegetables and flowers in it. At least that was my experience growing up.

“Muck farms” refers to agriculture in areas where wetlands were drained and the “muck” turned into productive “garden farms,” typically producing vegetables (but also flowers).

As a kid, I occasionally worked for Dutch immigrant vegetable farmers in the Niagara Peninsula in the late 1970s. I remember my cousins and I “topping” Brussel sprouts for a week one summer. In my teens and early twenties I worked in greenhouses (four summers) and a tree nursery (five summers). I remember preparing beds, using a rototiller to get the right mix of peat moss and fertilizer into the soil, and then transplanting chrysanthemum cuttings into them. A lot of families in these kinds of businesses went to Christian Reformed churches that my father pastored and sent their kids to associated Christian schools.

My father also told stories about this kind of work. In the 1950s, he migrated with his family from a village Drenthe, in the Netherlands, to Ontario, Canada. They spent the first couple of years in Holland Marsh, north of Toronto, working on muck farms that grew vegetables. He told stories about floods overcoming the dykes, washing over the farmland, and the occasional immigrant house floating away in the rising water.

My experience was a common one among Dutch immigrants to the U.S. and Canada from the 1850s to the late-twentieth century. Immigrants grew celery in Michigan in Kalamazoo, Holland, Grand Haven, Muskegon, Montague-Whitehall, Hudsonville, Zeeland, Wyoming, Imlay city, even Newberry in the Upper Peninsula, and many more towns. In De Motte, Indiana. Celeryville, Ohio. Hollandale, Minnesota. The Wilhemina colony in Dunklin County, Missouri. And all the way West in Vorden Polder, California. And yes, in Holland Marsh, in Canada.

Work started by hand. At the turn of the century, mechanical celery planters and other new machinery allowed for bigger operations. The products sold locally and regionally, with Michigan farmers shipping their celery across the lake to Chicago and Milwaukee. Farmers with small, family operations organized cooperatives to market, sell, and ship their products and to better compete with larger family and corporate farms.

Over time, as is usually the case in capitalist economies, bigger operations gradually squeezed out smaller ones. As markets became national and even international, corporate farms in California put celery farmers in Michigan out of business or forced them to change their product. It’s worth noting that today immigrants remain crucial sources of labor in California agriculture, families and individuals from Mexico and Central America, wage laborers, not owners, and a mix of legal and undocumented.

The story is not just about celery, of course. Dutch farmers did indeed pioneer in marketing celery as a tasty, low calorie choice to munch or add to soups and other dishes. But they also grew onions, notably “onion sets”—dry, partly grown onion bulbs, raised from seeds the previous year. Farmers in South Holland, Illinois, were well-known for this crop. Onion sets are transplanted and grow into onions.  They can be transplanted in early spring because they are not hurt by frost. Beyond celery and onions, Dutch “garden farmers” grew a wide variety of vegetables, lettuce, and the like.

Vegetable farmers who struggled to compete with California in the mid-twentieth century sometimes turned from celery and onions to growing flowers instead. At the turn of the twenty-first century in Ontario, some family-sized greenhouse operations like the one I worked in found that they could not compete with flowers grown in other parts of the world. They sometimes switched to vegetables and tomatoes.

This kind of story is not unique to Dutch immigrants, of course. “Garden farming” also attracted immigrants from Germany, Luxembourg, and other parts of Europe. Japanese immigrants on the West Coast had successful farms. Yet, it’s worth asking, what was it about Dutch immigrants that they were so successful in farming vegetables and flowers on farms that once had been wetlands?

The Netherlands is famous for much of it being below sea level and for reclaiming land from marshes and the sea. Local and regional governments in the U.S. and Canada sometimes recruited Dutch immigrants to drain marshes. Or, after having drained the marshes themselves, they recruited Dutch immigrants to farm the rich black soil. The Dutch also were famous for tulips, bulb flowers; so, perhaps onion were an obvious choice.

Most operations, early on, in the nineteenth and early twentieth centuries, relied on hard work and family. Dutch immigrants took pride in both their thrift and work ethic. Having lots of “free” labor by children in large farm families helped too. Perhaps the rigorous Calvinist faith, as Max Weber thought, reinforced a Dutch ethnic component of thrift and willingness to work.

Finally, the tight-knit communities created by the Dutch, typically centered on their churches, helps explain the success of farmers in forming cooperatives to float loans and market and ship their produce. Very clannish, they knew each other well enough to trust one another as business partners. (I wonder whether divisions between Reformed sects affected some cooperatives; perhaps, in this case, practical need overcame theological disagreements.)

Today, we are aware of the ecological costs of draining wetlands. Turning marshes into farms changes ecosystems and displaces native birds, animals, insects, and plants. Intensive agriculture uses up the rich black soil created from the marshlands. In drought times, before crops come in or after harvesting, dust storms can be a problem. Contemporary environmental laws and regulations make it unlikely that wetlands will be drained to become muck farms in the future.

In the late twentieth century and early twenty-first, some Midwestern Dutch American farmers who found they could not compete with big growers in California sold or leased their lands to nature conservancies. Where farmland gradually returned to wetland, the birds often have returned too.

There are a variety of stories in Origins: Historical Magazine of the Archives on farming operations like these:  Kalamazoo (1998) and Coopersville (2002) in Michigan; Holland Marsh (2006) in Ontario, Canada; and Roseland (1996) in Illinois. On Celeryville, Ohio, check out this short history. Dutch Muck—and Much More: Dutch Americans in Farming, Religion, Art, and Astronomy (Holland, MI: Van Raalte Press, 2019), includes an essay by Robert Swierenga, who tells the story of celery farming across North America, and one Ken Bult that looks at “onion sets” in South Holland, Illinois.