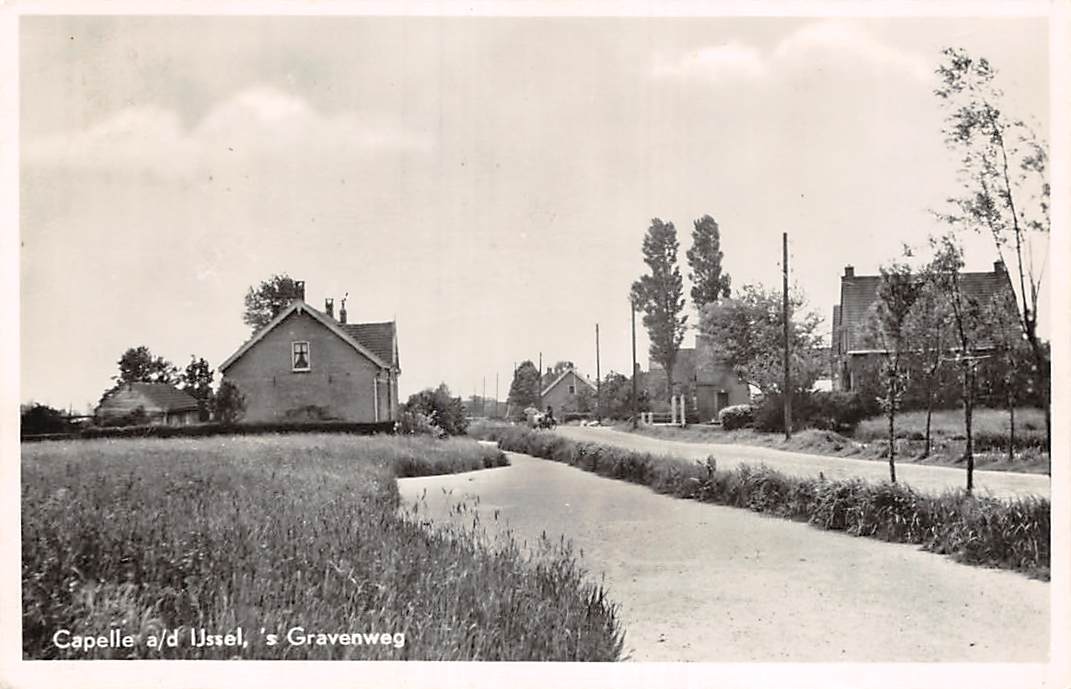 Our previous blog post started the story of Peter Oudshoorn emigrating from the Netherlands to the United States in 1904, as told by his great grandson, Dan Poortenga. Dan first wrote about Oudshoorn in an assignment for a Calvin College history course in the early 1990s. He interviewed his grandpa Peter and set Peter’s memories in the larger context of Dutch immigration to the United States.

Last week’s blog post started in 1904, when Peter Oudshoorn arrived in the U.S. He first worked in Minnesota and New Jersey, then checked out land in North Carolina, and finally moved to Battle Creek in Michigan.

In 1906, Peter returned to the Netherlands because he had been drafted to serve in the Dutch military. He had no desire to return, but felt a duty to do so. Plus, he had been corresponding with a girl, a former classmate, in the Netherlands.

Most Dutch immigrants migrated in families to the United States and came to stay. Immigrants from southern and eastern Europe, by contrast, often came as individuals (Italy is a good example) and many intended to work in the U.S. for a few years and then return home. They were sometimes called “birds of passage” or “round-trippers.” By the late 1800s, they sometimes traveled back and forth several times, as railroads and steamships had made the journey increasingly cheap and safe. Their dream was not a little farm, home, or shop in the “new world” of America, but one in their “old world” home.

Peter was part of the small percentage of Dutch immigrants who went back. Some who returned home stayed. Others, like Peter, eventually went back to the United States and stayed there.

We pick up Peter Oudshoorn story in 1906 as he arrived back “home” in the Netherlands, facing the draft. The story is told as Peter remembered it many decades later, and reported by his grandson Dan.

Peter came into the port in the Netherlands at Rotterdam, near his hometown of Capelle aan den Ijssel. After greeting family and friends he reported to the army. A doctor who knew that he had been in America gave him a physical. The doctor asked him if he had enjoyed his time there and Peter replied, “When I am dismissed, I shall go right back.” The doctor studied Peter’s face for a moment before sighing and scrawling out a dismissal note for him.

Peter did not return to America immediately. He first married Hendricka Verseput, the girl who had been writing him. Since she was not as enamored with America as Peter, she persuaded him to remain in Capelle for the time being.

Pieter was born in Prince Alexander Polder and had lived there as a child. His father rented a farm from a rich man and grew vegetables and had a few cows. When Peter was five years old the landlord became angry with Peter’s father because he would not sell milk on Sunday. The result of this dispute was the Oudshoorn family’s move to Capelle, a small town that probably got its name from a chapel that stood near the bank of the Ijssel. . . .

Peter’s family lived in a hamlet on the fringe of Capelle named Achterbergweg. His father purchased a house and one acre of land that had been reclaimed from the sea by a system of dikes and drainage. This process yielded a soil called “turf” that was then enriched with peat, resulting in fertile land on which to grow vegetables. As soon as he was old enough, Peter began to help his father on the farm.

Peter attended the Christian Reformed School in the village, as it was the only alternative to the public school. The Oudshoorns did not attend the Christian Reformed Church, however, for they shared an interpretation of the Bible that characterized one tangent of the secession that had occurred within the Dutch Reformed church in 1834 called the “Afscheiding” (separation, or secession).

This movement was initiated by ordinary folk Dutch society in reaction to what they perceived as the waves of rationalism lapping against an established biblical orthodoxy. These believers felt that the National Reformed Church in the Netherlands had strayed too far from the basic precepts underlying the Reformation and had become bland and shallow.

This revival (or revolt) was pietistic and appealed to the heart. Faith was understood to be a much deeper issue than the post-Enlightenment national church supposed it to be. Even though this religious revolt occurred a half century before Peter was born, he was raised in its wake and understood its implications even as a child. . . . Peter’s father believed that salvation was to be strictly regarded as a gift from God. It was not something to simply ask for and receive, but grace bestowed through an experience of God—a revelation.

Peter’s parents raised him in this framework of devotion and piety. However, oddly enough, Peter was never drawn towards the “Dutch settlements” in America that attracted so many “seceeders.” Initially, the U.S. government had made the decision for him about where to go in the U.S. But even after he had visited a few parts of the country, he was not inclined to live in a heavily ethnocentric community. Perhaps his resistance to community stemmed from his sense of independence and his determination to overcome economic disadvantages and make it on his own.

Back in the Netherlands, after his return from America, it was not only Peter’s wife Hendricka who tried to dissuade him from returning to America. His father discouraged him from it as well. Resigning himself to the task at hand, Peter settled into life in Capelle and used some of his earnings from America to build up his father’s business, which he took over.

Peter grew vegetables and flowers and sold them in the local market. During the winter he invested in the materials to construct a small greenhouse and began growing produce during the winter and spring months. Despite being criticized for a poor business decision, he was able to recoup his investment by the first summer. He continued to work hard and was able to reap the fruits of his labor as his business steadily grew.

When the Titanic sunk in 1912, the newspapers in Rotterdam were full of news about the tragedy and associated news involving America. This incident triggered in Peter an overwhelming desire to return to the United States. He nearly went crazy with excitement and sold everything.

Peter did not take his wife and child with him. Instead, he decided to wait to send for them until he had purchased a home.  His wife was angry about his decision, and he later regretted having acted so hastily and selfishly.

After arriving at Ellis Island, in New York City, and stopping briefly in Newark, NJ, Peter returned to Battle Creek. He found a job washing dishes and started saving money to buy a house. Two years later, in 1914, he bought a house in Urbandale, outside Battle Creek, and sent for his wife and children.

Peter became acquainted with a Hollander who was the brother of the Post Cereal Company founder, C.W. Post, who recently had died (May 1914). This friend rented Peter the twenty-acre farm of his deceased brother under a sharecropper agreement. Peter sold his house and began to farm. Mr. Post bought seed, fertilizer, and a truck for Peter, who shared the profits with him. At first, Peter and Mr. Post signed a one-year agreement. Mr. Post was so happy with the results that he gave Peter a two-year contract and then a five-year contract.

Peter grew vegetables on the farm, which he sold in town. He also grew flowers, selling them to a flower shop in which his wife worked. He sold more and more flowers to the shop and soon was supplying it with most of its inventory.

Next week, we will continue Dan’s story about his grandfather Peter Oudshoorn. Peter and his wife would have six children: Hillemena, Bert, Henrietta, Johanna, John, Alberta, and Peter James. Peter would buy the farm from Mr. Post. But soon he would struggle with competition from vegetable farmers on large operations in California. Peter would sell his farm and turn to growing flowers and opening his own store.

Dan Poortenga graduated from Calvin College in 1992. This story was introduced and very lighted edited by William Katerberg, Curator of Heritage Hall.