Suffrage – The Ongoing Revolution and the Church – II 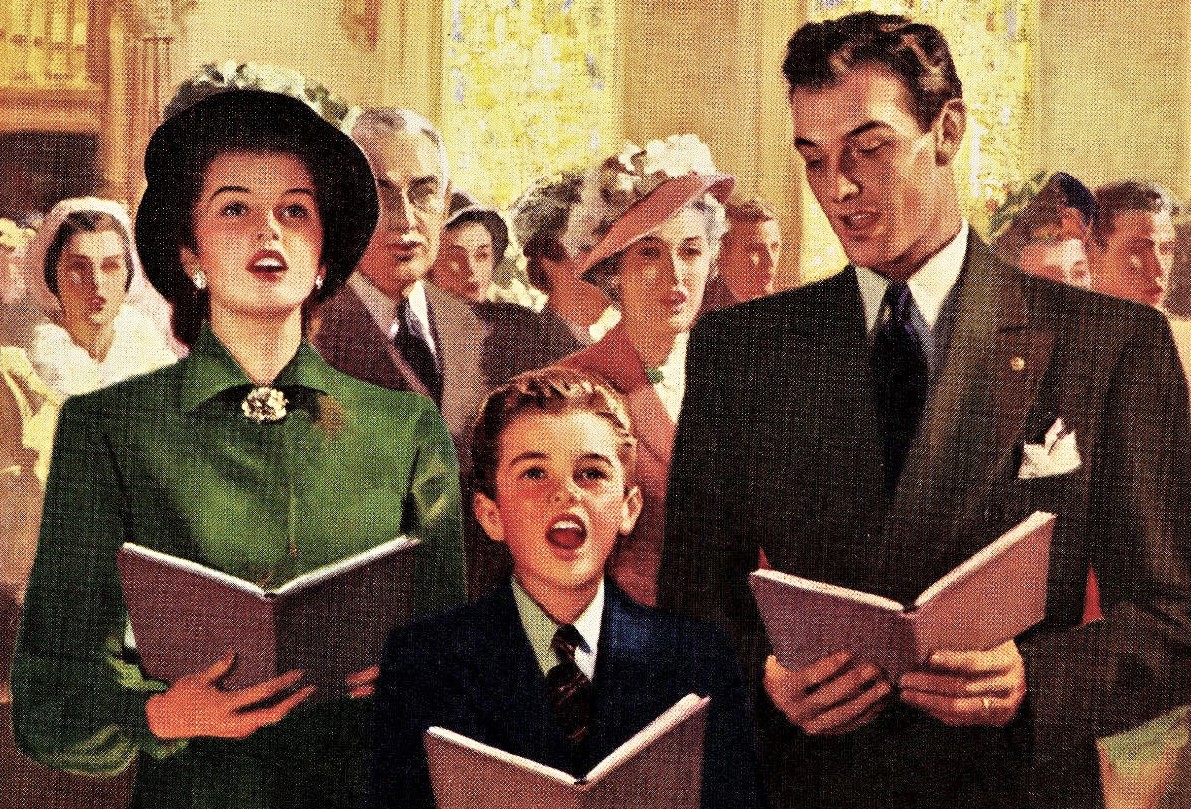 Last week’s Origins Online blog post explored views expressed in the Christian Reformed Church (CRC) about the 19th Amendment to the U.S. Constitution. Women winning the right to vote was itself a revolution. It undermined the idea that men represented their families in public life. The 19th Amendment also was a part of an ongoing revolution. What would legal and political equality mean for women in real life and not just in politics? What implications would women’s suffrage have for society generally?

This blog post continues the story by examining the issue of women’s suffrage in the church. Should women have the right to vote in their churches–e.g., for elders and deacons and in other church decisions? The ongoing revolution, including in churches, was not only a product of political change but also a long-term consequence of the Reformation itself.

A sign of the ongoing revolution was an article in The Banner in 1950 by Henry Schultze, “The Effect of Suffrage on the Home” (September 29). Schultze lamented that “equal suffrage” had “not been a boon to the American home.” The impact of suffrage had taken time to manifest itself, he observed, but by 1950 some implications were clear.

He “would be among the last to maintain that . . . the advent of equal suffrage was a mistake,” Schultze said. However, adjusting to equal suffrage was not happening “without some danger to our churches and homes.” Equality “tends to destroy the organized unity as present in Scriptural description and precept,” he argued, in that there no longer is a single authority in the home, the husband and father. A wife has as much authority as her husband, and children assume equality with their parents. Schultze’s concerns reflected the idea that society and the church are properly made up of families that are led by men. The assumption implicit in equal suffrage was that society is made up of free individuals. Historians often describe this trend as the “democratization” of the family.

Examples of this equality revolution were evident to Schultz: Women viewing “home-making” as “drudgery” instead of “an honorable and satisfying profession.” All professions now having to “make a place for ladies.” Marriage as a “contract” (not a “covenant”) in which the couple could divorce if one (or both) was unhappy. Women delaying having children to work and to help pay for a house. Children being left alone while their mothers worked. “The result is that there is no real home for them,” Schultze feared. “The streets and alleys become their training ground. Truancy and delinquency are the outcome.”

The ideals and habits associated with equal suffrage—society composed of individuals, not families—also began to reshape churches. Did men in church life represent their wives and children? Or should women, as individuals, represent themselves and have equal suffrage in the church? Articles in The Banner and other Christian Reformed magazines discussed these questions beginning in the 1930s.

In 1934, Henry J. Kuiper responded to a question by a reader about whether “a widow, who is a head of a family,” should be allowed to “vote for [elders and deacons as] office bearers at congregational meetings.” If such votes were mere consultation, and the consistory made the actual decisions, Kuiper responded, “then there would be no reason why female members in full communion should not be present” to affirm or object to nominations.

The question of women’s suffrage in the CRC would not go away, however. CRC magazines discussed it every decade. There were articles in The Banner, for example, in 1939, 1949, 1954, and 1957. By the 1970s, the question increasingly was about women holding church offices deacon, elder, and minister.

Women’s suffrage in the church was discussed in other periodicals too, from both conservative and progressive perspectives.

The cluster of articles in the 1950s was no accident. The CRC Synod had been observing events in the Dutch churches in the 1930s and 1940s. In 1955, it appointed a committee to study women’s suffrage in the church.

Synod approved women participating in congregational meetings with the right to vote in 1957. However, it left decisions about implementing this decision to the consistories of individual congregations. Note the careful wording of the text.

The careful compromise–a local option–meant that the issue continued to be discussed on occasion. As late as the 1980s, a few CRC congregations did not allow women to vote. In 1985, The Banner published a story about a woman from a congregation in Indiana who sent a protest letter about her church’s exclusion of women to her classis (regional church body).

In the 1980s and 1990s, the CRC would take similarly local approaches to women holding the church offices of deacon, elder, and minister. In particular, it allowed each classis leeway about whether to implement women’s ordination to minister of the word. In 2007, it opened participation by women office bearers as delegates to synod.

Some CRC classes continued to oppose women holding church offices in the 2010s. Where congregations differed from their classis on the matter, the CRC began to allow them to move to a classis that suited their views. In some classes, church offices were opened to women, but congregations rarely if ever elected women as deacons or elders or called them as ministers.

The way I’ve written this brief sketch of the implications of women’s suffrage for the church implies that new political ideals—the equality revolution—infiltrated churches from the outside. No doubt political and social influences on churches are an essential part of the story. But the history is more complex than influence going in one direction.

Martin Luther famously told German political and church authorities in 1521, “Unless I am convinced by the testimony of the Scriptures or by clear reason (for I do not trust either in the pope or in councils alone, since it is well known that they have often erred and contradicted themselves), I am bound by the Scriptures I have quoted and my conscience is captive to the Word of God. I cannot and will not recant anything, since it is neither safe nor right to go against conscience. May God help me. Amen.”

Luther and the Reformers emphasized the authority of scripture over tradition and ecclesiastical authority. Luther rejected applying “Christian freedom” to social and political issues, but other Reformers did make such connections. Whatever the Reformers intended, appeals to individual conscience spurred an “unintended reformation,” in the long run helping to promote modern ideals of individual rights, conscience, and equality.

A religious result was the repeated splintering of churches as Protestants debated what is Biblical orthodoxy and practiced their right to follow their conscience, leaving churches and creating new ones. A second result was church and society as made up of individuals, not families. Even where a church’s vision has remained one of covenanted community, church life and rhetoric increasingly have involved splits and appeals to conscience and individual choice.

Could any man be denied the right—indeed, the obligation–of conscience in matters of religion, social relations or politics? This was a revolutionary question. Could any woman be denied? This was the natural next question and even more revolutionary. The Reformation in the 1500s and evangelical revivals in the 1700s and 1800s spurred individualism in society and in politics. At the same time, ideals and practices associated with capitalism and democracy spurred individualism in Christianity.

From this long point of view, the debate over women’s suffrage in the church in the 1950s was a reflection of democratic ideals of equality and Reformation ideals of individual conscience. Both shaped the modern experience of individual choice and the tensions that resulted in how to reconcile freedom with solidarity, community, tradition, and claims to authority.