When Canada was a CRC Mission Field 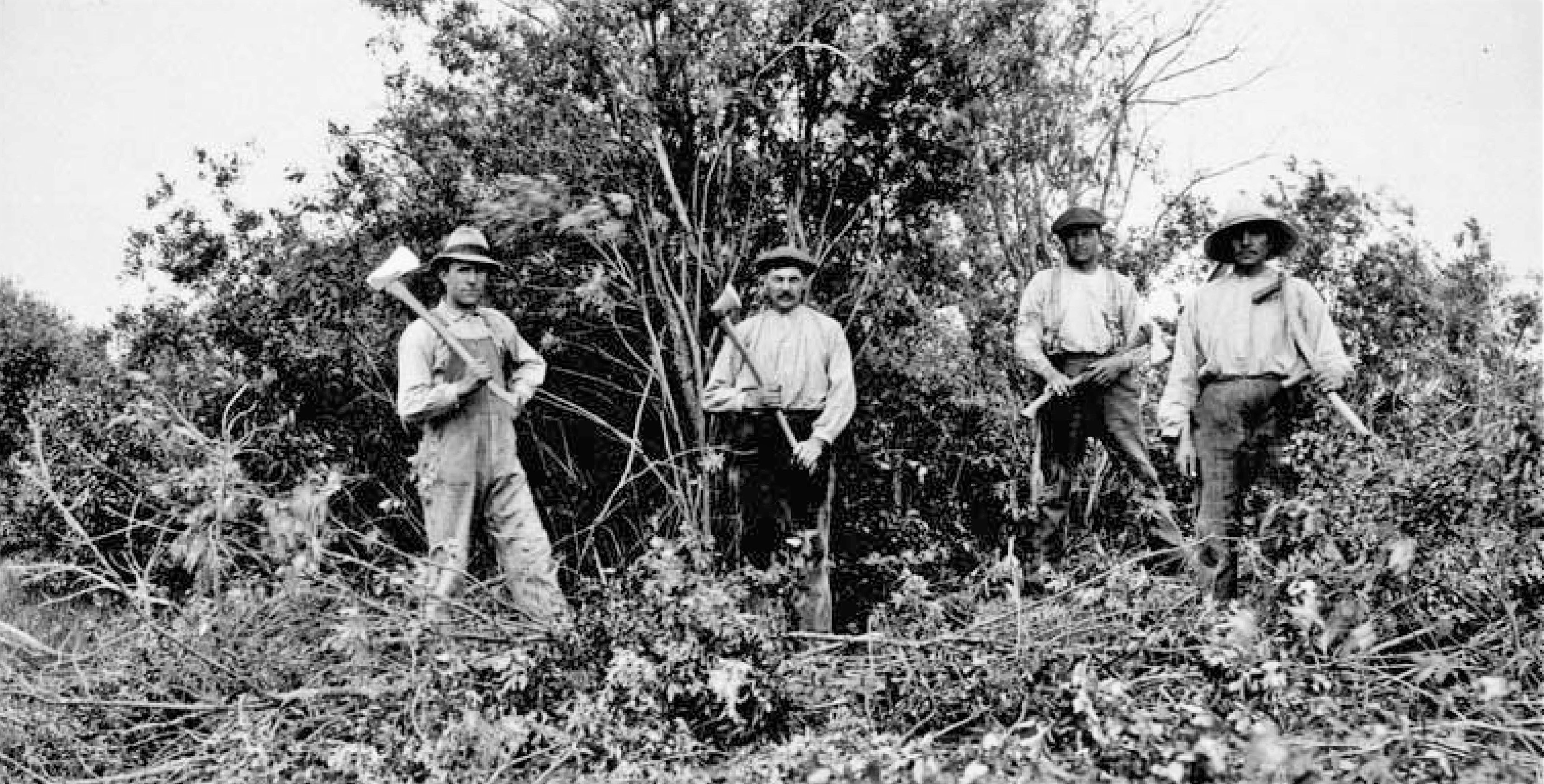 When most people think of missions, they don’t think of Canada. In the 1920s, Rev. Henry Beets did.

Beets was the director of missions for the Christian Reformed Church (CRC). He “traveled the globe several times to inspect missions and advice missionaries in Africa, China, Indonesia, and South America.” He “also encouraged emigration from the Netherlands to Canada,” expecting “a vast increase in CRC members and congregations.

Americans and Europeans migrated in large numbers to Canada between 1890 and 1940. Among them were some 30,000 from the Netherlands, notably farm families seeking land and farm laborers looking for work. Good homesteading land was getting harder to find in the US, especially by the 1920s. And the US began to restrict immigration along racial and ethnic lines in the 1920s. Canada was still working hard to recruit immigrants, however. The railroads and steamship lines worked with the federal and provincial governments, churches, and private colonization organizations to recruit immigrant families and colonies. Canada had a lot of land to homestead, in northern Ontario and the prairie provinces in the West.

For potential Dutch immigrants, the Canadian National and Canadian Pacific railroads worked with the Netherlands Immigration League in 1910s and 1920s. There also were religious immigration societies that recruited Dutch immigrants. The railroads helped immigrants with transportation and purchasing land. In the US and Canada both, the federal government subsidized the building of transcontinental railroads by giving the sections of land along the railroad lines. The Canadian National and Canadian Pacific stood to make profits on immigrants.

Henry Beets’ interest was not profits but souls. In 1925, Beets and the CRC published a pamphlet called General Letter to the Dutch in Canada and the Netherlands. “Are you thinking of moving to Canada now that the USA has closed its gates to immigrants?” Beets’ concern was the Dutch Reformed immigrants not be scattered in Canada and lose their ties to the church. He recommended Ontario, noting that the province had over 230 million acres of land rich in forests and minerals as well as potential farms.

In May 1925 Beets had heard that the Canadian National Railroad was doing a poor job of settling Dutch immigrants. They were arriving in places like northern Alberta, though sometimes with no Dutch speakers to greet or help settle them. Some got sick from the cold. Beets wrote the Dutch prime minister and the railroads to encourage group settlements in the West. And he complained to one of the CNR’s “Immigrant Conductors,” a Mr. F. Dykstra. An Edmonton pastor, Rev. Albert Selles, told Beets that the CNR was more reliable in settling immigrants than the Canadian Pacific. And, the CNR explained that there were Dutch Canadians in Edmonton and other parts of Northern Alberta.

Indeed, the first CRC congregation had formed in Edmonton in 1910 and received its first pastor, Tjeerd Jongbloed in 1911. Home missionaries and ministers in Montana would cross the border to preach in CRC churches on the prairies. In the 1950s, some Canadian congregations belonged to US classes—e.g., a Winnipeg congregation was in a classis in Minnesota.

Beets quickly realized that successful missionary work in Canada depended on working better with the railroads and with churches in the Netherlands and Canada. He worked to get financial support for immigrants from the Gereformeerde Kerk in the Netherlands and Presbyterian churches in the key port cities of Halifax, Montreal, and Quebec City. Beets hoped that this cooperation would help get immigrants settled more easily. It also would allow the CRC to better collect information and address to connect new immigrants to existing Dutch Canadian communities.

The plan paid off, and it led to the expansion of existing Christian Reformed churches and the planting of new churches in far flung places like Neerlandia, north of Edmonton in Alberta.

Beets founded the Holland Reformed Aid Society (1926). Its headquarters were in Winnipeg, a “gateway” city to the Canadian West like Chicago was in the US. Indeed, Beets called Winnipeg “the Chicago of Canada.” The first field agent was J.J.A. Wijenberg.

Reformed immigrants themselves started immigration societies too, notably in Edmonton and Vancouver. These local groups soon joined to form the Reformed Emigration Aid and Colonization Society (1928). Its goal, as with Beets and the CRC’s Holland Reformed Aid Society, was “to prevent religious scattering, to provide social and moral direction, and to offer trustworthy information about land values and purchasing procedures.” In both Canada and the US, unscrupulous land agents sometimes bilked immigrants by selling them marginal land. Some of these agents were themselves Dutch Reformed and advertised land in Reformed publications.

In 1929, Beets happily promoted the religious and financial opportunities that Canada offered Reformed immigrants from the Netherlands. “Canada is a country which respects religion,” he explained in Welcome Netherlander, An Invitation to Join Kinsmen and Fellow Believers in Canada. The pamphlet included a map of North America that marked out cities and towns like Chicago, Grand Rapids, Winnipeg, and Neerlandia.

Among the many churches in Canada ready to welcome immigrants, Beets promised, was the Christian Reformed Church. “We feel that is not only our privilege, but also our duty to reach out our hand and to assure you that you are welcome,” he explained, “because our Church has a Holland background as well as having a Reformed confession.”

Beets toured Canada that same year. With him was Taeke Cnossen, who had written a book in 1927 called Dwars door Canada (“Crossing through Canada”). Cnossen was the editor of De Standaard, a Dutch Reformed Newspaper.

The two men traveled across Canada over four weeks. They meet at the docks in Montreal and stopped in Hamilton, Chatham (and other parts of Ontario), Winnipeg, Edmonton, Neerlandia, and Vancouver. The CRC magazine De Wachter chronicled the trip.

In the 1930s, immigration to Canada slowed down significantly. Canada had passed racist immigration policies that restricted along national origins lines in the late 1920s, like the US had done in the early 1920s. Dutch immigrants had been among the “preferred” immigrants in both countries, as opposed to non-preferred groups from Southern and Eastern Europe. As in the US, Asian peoples were wholly excluded. After the start of the Depression in 1929 and 1930, Canada shut the doors even more tightly, as did the US, even to preferred immigrant ethnic groups.

The work of Beets and his partners in Canada in the 1920s would pay off after World War II. It would provide a foundation for settling a new wave of immigrants from the Netherlands to Canada and starting churches to serve their new communities. From the late 1940s through the 1960s some 400,000 Netherlanders would leave home, leaving in large numbers for Canada, South Africa, and Australia. They would plant Dutch immigrant communities and Reformed churches in all of those places. Over 185,000 settled in Canada (66 percent of them Reformed). Some Dutch emigrants also considered Indonesia, a Dutch colony. But the indigenous people of Indonesia successfully rebelled and won their independence after war, between 1945 and 1950

This story provides a couple of simple “lessons,” perhaps, about Dutch Reformed immigrant to North America.

The Christian Reformed Church’s “missions” in Canada helped settle Dutch Reformed immigrants and plant CRC congregations. In turn, those immigrants would influence and reshape the CRC in the last third of the twentieth century.

The featured image at the top of this post is of Dutch immigrants clearing land in Alberta. Date unknown. (Library and Archives of Canada).

This post draws on material from “Henry Beets and the Mission Work in Canada,” by Willem Niemeijer. For more details and the larger story of Beets’ work, check out Issue 17:2 of Origins: Historical Magazine of the Archives (Fall 1999).