Dutch Heritage – From a Novel to an Archive II 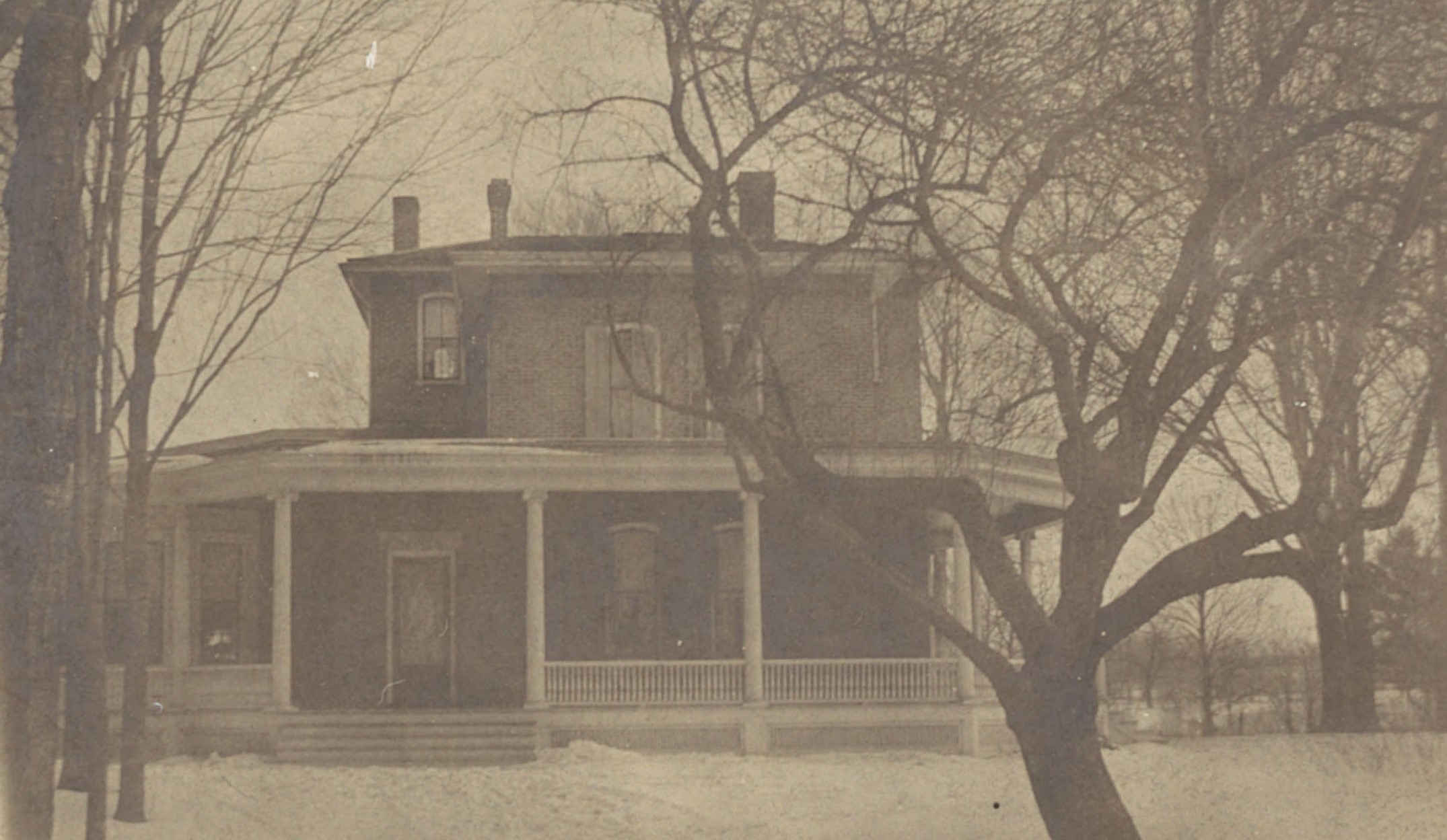 The previous blog post by John Meyer told the story of his growing interest in Dutch American history, culture, and language. This post continues his story, focusing on his work on the Van Raalte collections of Heritage Hall. A Dutch pastor, Van Raalte led the first Dutch immigrant colony in Michigan, in the Holland area, in 1846-1847.

The A.C. Van Raalte collection is large, including twenty boxes whose pages number in the thousands. The wealth of the material is tremendous. The collection includes documents about the Afscheiding, the secession in 1834 of orthodox Reformed pietists from the state church in the Netherlands. Letters, sermons, and more reveal the arduous first years of the Holland immigrant colony. Like the Pilgrims of old, in New England in 1620-1621, they too had a harsh first winter.

The colonists looked up to Albertus Christian Van Raalte as their leader and inspiration. In Pieter and Anna, Van Raalte is often called dominee (preacher or minister). Most colonists treat him with the greatest respect, and the one sermon of his in the novel that the reader gets to partake of reveals him to be a gentle and wise man.

Reality is always more complex, of course. Some in the new colony disagreed mightily with Van Raalte’s decision to have its churches join the Reformed Church in America. In 1857, echoing the Afscheiding, they seceded and formed what eventually became the Christian Reformed Church.

Holland and the surrounding area began to prosper as the Dutch settlers accustomed themselves to American farming techniques. They built churches and a school. In his congregation, Van Raalte preached eloquent sermons, hundreds of which have been preserved.

As is often the case with stories that seem to proclaim a “manifest destiny” for immigrants, however, the collection also records the shameful failure to act honorably with the Native American peoples already living in the region. The Dutch colonists cheated the Ottawa and Potamotomi of their land and resources, purposefully at times and out of ignorance in others. Pieter and Anna did not reference these events whatsoever, to my grief.

In a different kind of tragedy, the collection views the Civil War through a Dutch American lens. Many second-generation Dutch immigrants in West Michigan became part of the Twenty-Fifth Michigan brigade, losing their lives to death and disease in the war. Albertus Van Raalte’s son, Dirk, had his arm amputated.

The collection also records a thriving economic life. It contains hundreds of land contracts, tax receipts, and business orders. A wharf was planned on the nearby river, and goods eventually flowed into the colony like milk and honey. Finally, the collection highlights the lasting legacy of the Dutch colony. It has a variety of twentieth-century articles, books, and news clippings about the Holland colony and the life of A.C. Van Raalte.

My work is to carefully parse the PDF files into their constituent items (the term for a complete document) and match them to the paper documents. Each folder can have as few as one item or as many as sixty, while an item can itself range from having just one page—such as a certificate—to over a hundred—such as a ledger book. These PDF files must then be carefully organized. As I go about these tasks, I take notes in a separate MS Word document, recording issues, tagging frequent terms, and writing up descriptions of box contents.

The work can be quite tricky at times, as there are occasional errors to fix. I once spent over two hours on a single folder, as the articles and newspaper clippings in it had gotten out of order at some point in the past or in the scanning process. Some folder items may not show in one PDF, only to turn up in the next one. Other items may not show up in the folders but do exist in the PDFs. A church memorial service may twice duplicate itself, haunting me across two different boxes. Nevertheless, I thrive on the challenge.

Each error I catch is a treasure of sorts, one I gleefully point out in my notes and correct if within my authority. In doing so, I acquire a deeper understanding of the collection materials. This understanding, in turn, draws me back to a feeling of ancestral connection. Every time I look at the thin, yellowed pages of a sermon, unroll a ship’s passenger list, blackened with ink, or feel the wax seal on a land contract, my spirit is over 150 years away from the present. I see, touch, and smell documents that filled the everyday canvas of my ancestors’ lives, allowing me to see their world through the items that filled it.

I have found many surprises in the collection: an essay, attacking the supposedly in-born vice of the Portuguese; a celebratory poem from a son-in-law; a map of New York in the mid-19th century; a photocopy of church minutes; or even Hope College’s constitution. Indeed, the founding document of Calvin University’s century-old rival is in its possession.

When the entire collection has been organized and uploaded to the internet, it will be available to the public. The same will be true for the Van Raalte Institute’s material. Anyone, from academic researchers around the globe to students on Calvin’s campus, will be able to examine the Van Raalte records. I hope that through my contribution, others will take the opportunity to access it. I hope that they will see all the interesting things the collection has to offer. And I hope that in doing so, they will have taken the first step towards a genuine feeling of connectedness to their ancestors.

John Meyer is a student research assistant in Heritage Hall.