“Problems and Opportunities in Canada” 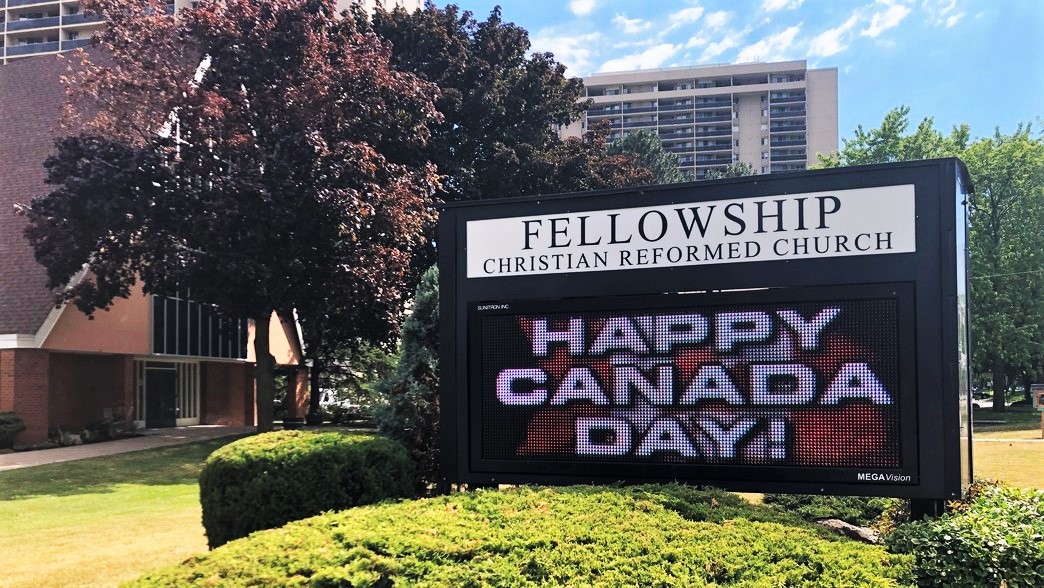 In 1957 the Christian Reformed Church (CRC) celebrated its 100th anniversary. The central themes in the centennial celebration were theological unity and the faithfulness of the CRC and its members. The Centennial programs would acknowledge Dutch origins and immigrant history but downplay them in a predominantly religious storyline.

At the same time in the 1950s, however, the arrival of tens of thousands of Dutch Reformed immigrants to Canada, and the rapid creation of dozens of new CRC congregations there, was transforming the denomination. And CRC leaders in both countries were talking about unity amid cultural and national differences.

John H. Kromminga was a professor of church history at Calvin Theological Seminary, soon to be its president; he also was the architect of the CRC’s Centennial programming. Kromminga was in the thick of planning the CRC Centennial in November 1955 when he commented on “Problems and Opportunities in Canada” in the Reformed Journal.

“The immigrant [from the Netherlands to Canada] who begins to find his bearings on this side of the ocean discovers that the two countries are two indeed, not one,” Kromminga explained. “The more completely he is Canadianized, the more clearly he will realize this distinction. The more loyal a Canadian he becomes, the more jealous he will be of his own country’s honor. And surely we would not want it to be otherwise.” Kromminga then outlined the many cultural, religious, and political differences between Canada and the United States.

What did this mean for the CRC? Recent immigrant members of the denomination might be able to leave behind their Dutch ethnicity—in Canada as they had in previous decades in the U.S. However, as they assimilated to Canadian life a distinctive national branch of the CRC surely would grow. How would the CRC organize itself to both promote confessional unity and respect national differences? How would it avoid treating Canadian members of the CRC as “orphans” or “step-children”? Those were the potential problems. What were the opportunities in Canada?

The numbers told the story for Kromminga—or rather, the two stories, of potential problems and potential opportunities.

What could the influence of Canadians be, with such small numbers? Would Canadian members of the CRC be frustrated by their limited influence in the CRC, with its much larger American membership and representation in Synod and denominational offices?

“It would be a tragedy,” Kromminga observed, “if the churches” in Canada and the U.S. “should separate,” a failure of deep conviction and unity. To preserve unity, he suggested, “provision ought to be made for some flexibility” in the CRC. “Separate synods might be desirable,” or some other way for Canadian congregations and classes to take “unity action” in Canada “on matters of their common concern.”

Canadian CRC folk did indeed get busy over the next few decades. They built dozens of more churches. They founded Christian schools, a labor organization, a news magazine, a farmer’s federation, a committee for contact with the government, two colleges, a graduate school, retirement communities, credit unions, and more. And, they sent students and faculty to Christian Reformed colleges in the United States.

Two years later, in a “booklet” intended as “a Canadian contribution to the Centennial Celebration of the CRC,” the Rev. Francois Guillaume and Rev. Henry Venema commented on the same problems and opportunities as Kromminga had. Both were immigrants—Guillaume from the Netherlands, Venema from the U.S. Guillaume immigrated to Canada in 1953, serving CRC congregations in Toronto and Edmonton. Venema moved to Sarnia after serving his first pastorate in Grand Rapids, later serving CRC congregations in Edmonton, Grand Rapids, and Sarnia. Both men were laid to rest in Canada.

Guillaume and Venema laid out the distinctiveness of the Dutch Reformed culture the immigrants brought to Canada. They also described the religious, cultural, and political distinctiveness of their adopted home, like Kromminga, but in more detail. They pointed out specific ways in which neglecting national differences created problems or at least raised questions for Dutch Reformed immigrants becoming Canadians.

These small differences and details might seem trivial and burdensome to Americans, but minor annoyances accumulated for CRC folk in Canada. This experience was familiar to all Canadians, dealing with the economic and cultural influence of the U.S. in Canada.

Guillaume and Venema’s examples and questions in 1957 thus were characteristically Canadian. The two pastors wanted the CRC in Canada to be a Canadian church, not merely an American “branch plant” (that is my analogy, not theirs).

The Canadian government in the 1950s and subsequent decades would begin to require “Canadian content” on radio and television, to resist the flow of American popular culture and to support Canadian writers and artists. It also tried to develop policies to limit the “branch plant” problem. Might not the CRC work to support more “Canadian content” too?

Twelve years later, in a March 1969 speech at the Washington Press Club, Canada’s Prime Minister Pierre Trudeau would adapt one of Aesop’s fables to describe the U.S.-Canadian relationship. Describing the imbalance between the two countries, Canadian vulnerability, and American obliviousness, Trudeau said: “Living next to you is in some ways like sleeping with an elephant. No matter how friendly and even-tempered is the beast, if I can call it that, one is affected by every twitch and grunt.”

Pierre Trudeau’s son Justin, prime minister today, would revise his father’s comparison, saying:  “While you, my American friends, may be an elephant, Canada is no mouse. More like a moose – strong and peaceable but still massively outweighed.” [A good point, perhaps, but moose, like Canadians, also can be onery.]

Despite all their concerns, Guillaume and Venema, like Kromminga, rejected the idea of separate national churches. Unity in confession, faith, and striving “together for Him and for His Kingdom” was essential.

Sixty-five years later, the CRC is still wrestling with how “the ministry of the CRC in the U.S. and in Canada should mesh together.” A recent story in The Banner provides a “field guide” to the CRC in Canada, to help readers with the historical context for current efforts to restructure how the U.S. and Canadian wings of the church fit into denominational structures.

Note also a previous story on Origins Online, “When Canada was a Mission Field.”

William Katerberg is a professor of history and curator of Heritage Hall at Calvin University. He went to grad school at Notre Dame in the US and Queen’s University in Canada, earning a Ph.D. in the history of US-Canadian relations.

The cover photo for this blog post is the sign for Fellowship Christian Reformed Church in Etobicoke (Toronto) celebrating Canada Day.