The Dutch Teamster and the Mob 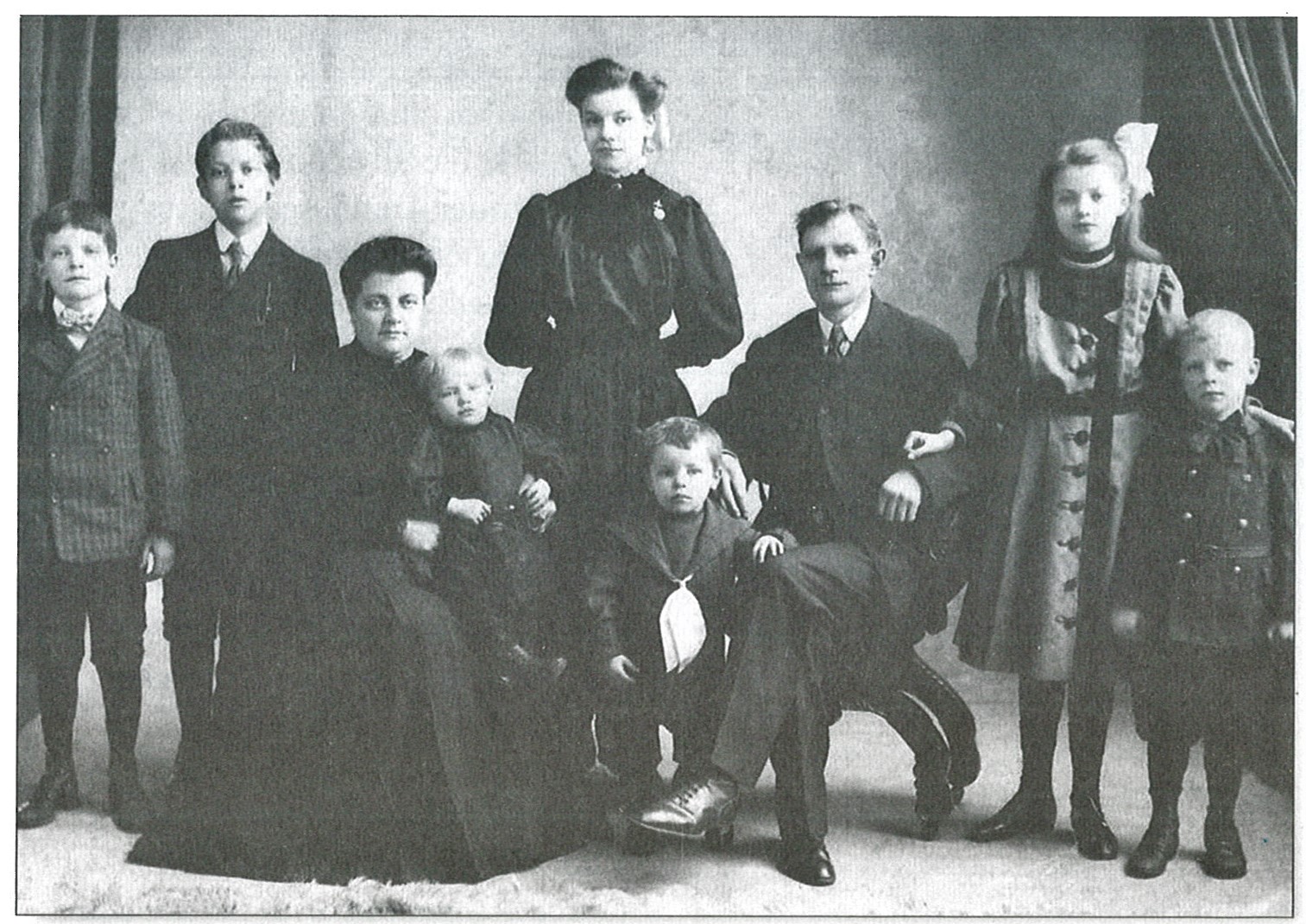 In my previous blogpost, “The Minister and the Mob,” I wrote about the struggles of a man leading a congregation against evil in the world. This post is a distinct but related story about a man standing up for his beliefs and what he knew to be right and paying the ultimate price for it.

On May 22, 1864, Sipke Hoekstra was born in Oostdonheradeel, Friesland. His father worked in peat fields and young Sipke was the eldest of seven children. In 1884, Hoekstra entered the Dutch military to fulfill his obligations to his country. In 1892, a year after his discharge, he married Bartha Dijk. The couple emigrated to Chicago in January of the following year and he found work as a gardener. The family lived in Roseland for a time before moving to “Groninger Hook,” where they attended a Christian Reformed Church congregation and he became a beloved elder.

The quick-witted Hoekstra bested the swindler by buying the route for $100 and then buying the swindler’s horse for another $100. A farmer growing up, he understood that the horse knew the correct route if given its head. His horse and buggy operation quickly became a successful business and he began looking for more new business opportunities.

In 1904, Hoekstra switched his business from kerosene oil to trash and cinders and changed the company name to Samuel Hoekstra Teaming. The new company developed into a booming enterprise, with a growing number of employees and horses.

In 1905, the city banned the practice of spreading cinders on paved alleys. In a stroke of genius, Hoekstra realized he could take the cinders he collected and use them as bedding material for concrete sidewalks. By seizing opportunities like this, the canny Hoekstra turned himself into one of the most successful Dutch immigrants in Chicago.

Despite his success in business, Hoekstra remained a farmer at heart. He dreamed of owning land and operating his own farm.

In The Banner, Hoekstra saw ads for land in Texas from Theo. F. Koch & Company. Koch was a promoter of “colonies” among Dutch immigrants seeking farmland. Hoekstra could not resist the prospect of apparent easy land. He sold his business for $50,000 (approx. $1.4 million in 2019) and bought himself land and a herd of cattle. Owning a farm was to be Hoekstra’s white whale, however. After two separate cattle herds died of disease, he and his family returned to Chicago, out $30,000.

On returning, Hoekstra moved his business in to Cicero, where the mob controlled much of the local economy. Refusing to do wrong and pay kickbacks to the mob, Hoekstra was able to undercut every other teamster in Cicero. In September of 1915, he was badly beaten. Six weeks later he was found dead in a vacant lot near the Chicago, Milwaukee, and St. Paul railroad tracks, having been fatally shot and his body burned.

The Chicago newspapers gave considerable coverage to the death of the Dutch teamster. At first, the Chicago Daily Tribune described Hoekstra’s death as murder by a rival teamster. “We are now convinced that the man was murdered,” said the lead detectives to the paper, just hours after the body had been found. The Chicago Daily Journal published a competing theory, saying Hoekstra had committed suicide. Within three days of the murder, the newspapers, coroners, and the detectives all came to the same mob-preferred conclusion: Hoekstra had committed suicide due to financial problems, and no crime had been committed.

The Hoekstra family struggled to cope after the murder of their husband and father. Bartha fought to get justice for Sipke while raising seven children. Louis took over his father’s business, becoming the sole provider for the family. The business eventually went under without Sipke’s cunning leadership and contacts, however. Jennie, the his oldest daughter, fell into a depressive spiral and the family sent her to Pine Rest, a mental health hospital in Michigan. Finally, two years after the murder, the family suffered a tragic death again when their son Raymond fell off a company truck being driven by Louis and was run over.

At one level, the murder of Sipke Hoekstra is a tragic tale of the cost of standing up for what is right. Hoekstra could have caved in to the mob, paying kickbacks and doing illicit activities. But he remained firm in his moral convictions and faith. He stood for doing the right thing, for being creative and quick-witted, and for being a loving Christian. At another level, his life and death are part of a series of larger histories: Dutch immigrant colonies in the U.S. from Chicago to Texas. Business history. And the history of organized crime and political corruption.

The “cover” image for the blog post is a family portrait of Sipke Hoekstra and his family, 1907. L to R: Ralph, Louis, Bartha, Raymond, Jennie, John, Sipke, Catherine, and Samuel. Image courtesy of Ralph Hoekstra.

This post is a summary of a story in the print version of Origins. For the complete story, see “Murdered by the Mob: The Fate of Chicago Teamster Sipke Hoekstra,” by Robert P. Swierenga and Ralph A. Hoekstra, from issue 28:1 (Spring 2010) of Origins: Historical Magazine of the Archives. For more still on Chicago, check out Swierenga’s book, Dutch Chicago.