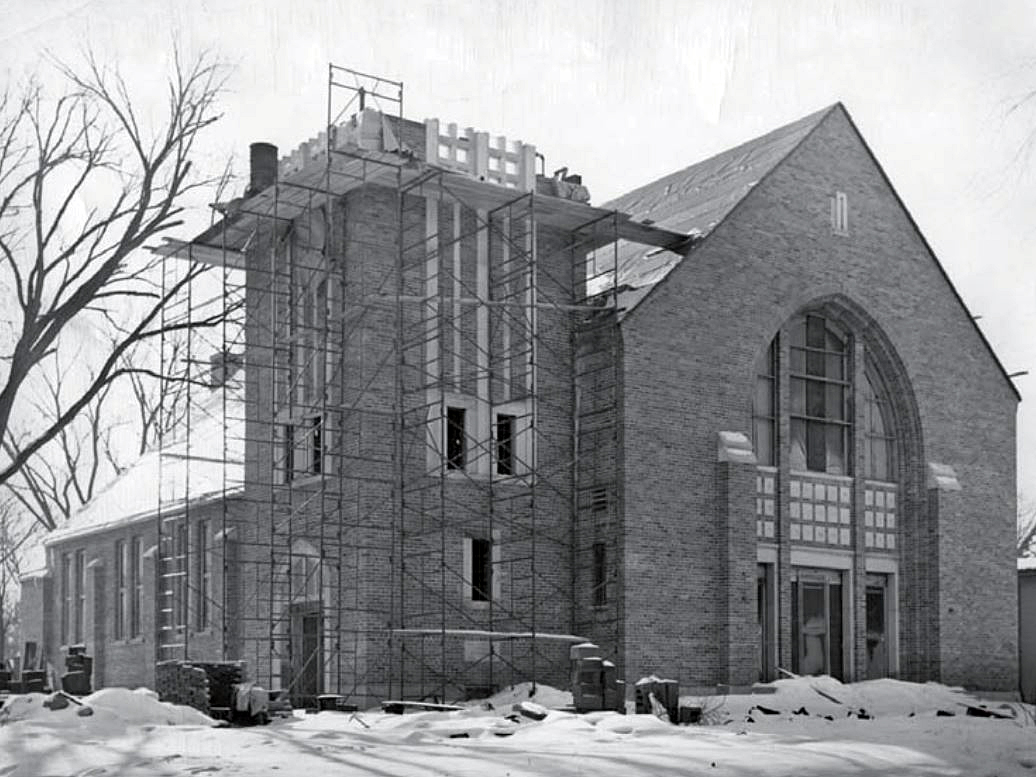 A common question about the history of settler societies like the United States and Canada is the degree to which immigrants adapted to conditions in the “new world” or successfully transplanted their “old world” ways. The religious history of immigrants provides valuable case studies to explore this question.

Protestant immigrants coming from the Netherlands to Michigan in the 1870s invariably faced the important question of which church to join. No doubt relatives and friends gave advice as to which area churches offered sound preaching and pure doctrine. But if the pews in those churches didn’t sit well or the message from the pulpit didn’t sound right, the only thing to do was to find others who were like-minded and form a new congregation. In 1870, one such congregation was established in Grand Rapids: First Netherlands Reformed Church.

First NRC had its origins in a group that left First Christian Reformed Church in Grand Rapids, Michigan, in 1868. The NRC group was composed almost completely of Zeelanders who had arrived within a few years of each other. They shared a similar Dutch regional dialect, ethnic heritage, and in many cases direct family ties. Many also had come from the same Reformed denomination in the Netherlands, the Church Under the Cross, which was a more conservative-minded offshoot of the 1834 Seceders who formed what eventually became the Gereformeerde Kerken in the Netherlands and the Christian Reformed Church in North America. (In 1868 the CRC was known as the True Dutch Reformed Church.)

The Zeelanders were led out of First CRC by Klass Smit. Before immigrating to the United States, Smit had been a recognized leader in Secession churches in the Netherlands. Unhappy with the Secession churches, Smit had joined the Church Under the Cross before emigrating. In 1867, at the age of 51, Smit arrived in Grand Rapids and joined First CRC. When in 1868 Smit took issue with the preaching of First CRC’s pastor, Rev. Roelof Duiker, he found ready support among the recently arrived families from Zeeland. That year he left the Christian Reformed Church with forty members.

Now existing as a separate congregation, the group sought to call a minister whom they felt shared their doctrinal and cultural background more closely than the Christian Reformed congregation had. They found such a person in Rev. Cornelius Kloppenburg, a pastor serving in the Church Under the Cross, in the Netherlands.

Kloppenburg initially turned down the call of Smit’s group. It eventually coaxed him into accepting the call after a family crisis unexpectedly brought him to the United States and into direct contact with Smit’s group. On 30 November 1870, Kloppenburg organized the group as an independent body.

The congregation met in a Swedenborgian church building on the corner of North Division and Lyon Street until 1872, when its own building was ready. Their first elders were Klaas Smit and John Sinke, and their first deacons were Gerrit De Graaf and Willem Freeze. They eventually named themselves the Nederduitsche Gereformeerde Gemeente, or Netherlands Reformed Congregation.

Kloppenburg served the First Netherlands Reformed Congregation until his death in 1876. Shortly after this, a minister and elder from First CRC attended a council meeting of First NRC. He attempted to persuade the congregation to return to the CRC, since the two were so closely aligned in doctrine.

The congregation rejected this proposal. Instead, it called Cornelius Vorst, a student about to graduate of the CRC’s Theological School, to be its next pastor. Vorst served the First NRC from 1877 to 1891 and established denominational ties with two congregations outside of Michigan.

In the 50-year stretch from 1896 to 1947, a number of ministers served First NRC. These men mostly came from the Netherlands and returned to the Netherlands when their pastorates ended. The congregation’s numbers rose and fell with the coming and going of these pastors.

In 1947, the Rev. William C. Lamain, also a Zeelander by birth, arrived from the Netherlands. Taking English-language studies at Calvin College with Professor Albertus J. Rooks, Lamain preached at both the Dutch-speaking First NRC and the English-speaking Ottawa Avenue NRC. Lamain was a respected and generally beloved figure in his congregation. Under his leadership, First NRC grew. By 1970, one century after its founding, the congregation listed 640 professing and 707 baptized members. For thirty-seven years, Lamain served First NRC until his death in 1984.

As this history suggests, religious and ethnic ties between “old” and “new” worlds remained vital for both immigrants and people back “home.” Family ties, common local or regional roots, and religious connections from the old world played out as immigrants adapted in the new world.

Small numbers often meant cooperation between immigrants from religious groups that had been distinct in the old world, at least at first. As numbers of immigrants grew, and where differences led to disagreement, these immigrant congregations sometimes separate and formed new groups, often along the lines of family ties, local ties, and religious ties that they had brought with them from the Netherlands.

This post is based on a story in the print version of Origins. For the complete story, check out “One Heritage – Two Congregations: The Netherlands Reformed in Grand Rapids, 1870 – 1970,” by Janet Sjaarda Sheeres, in issue 28:2 (Fall 2010) of Origins: Historical Magazine of the Archives.