From Collecting Postcards to Working in an Archive 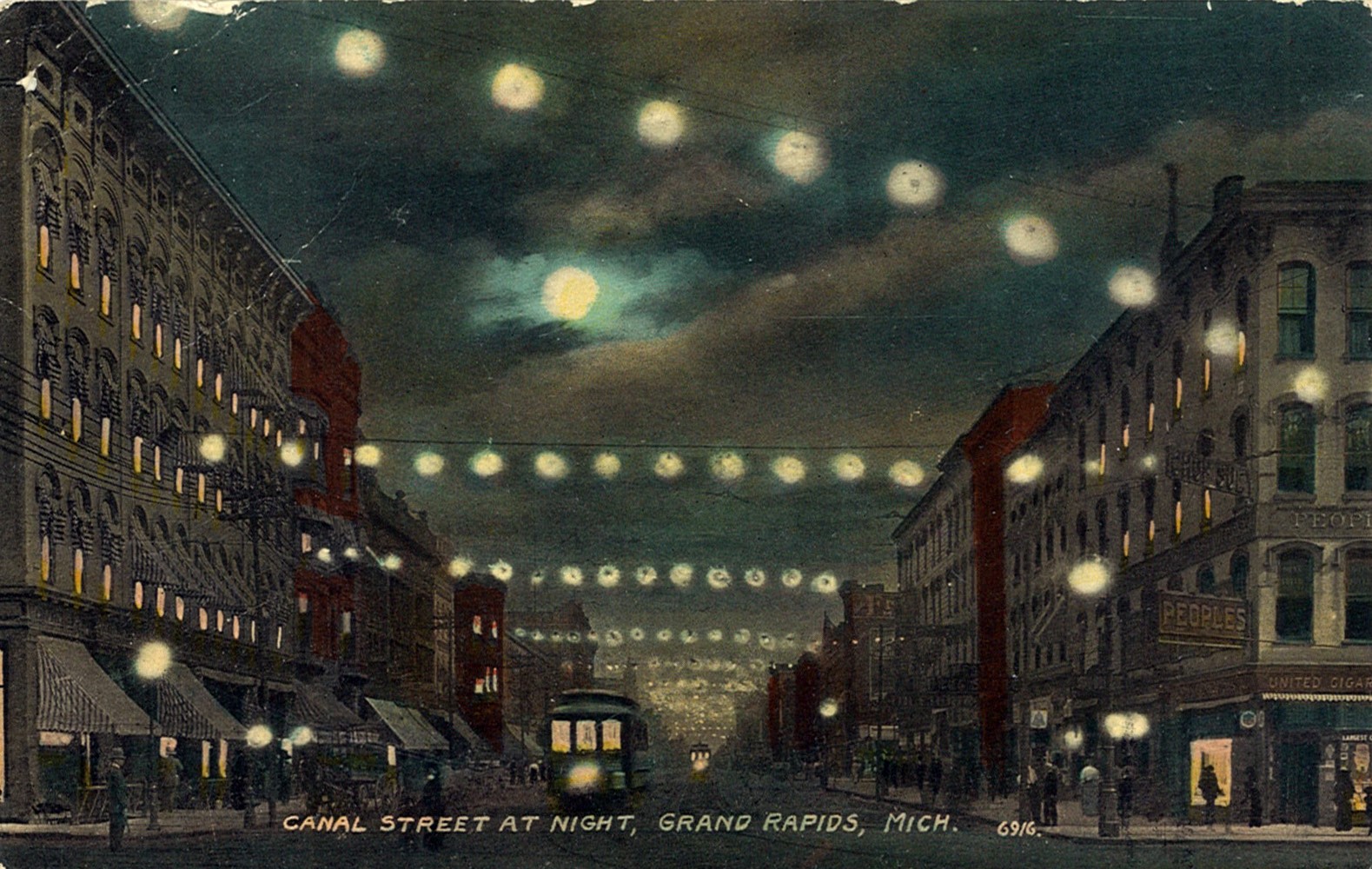 When I was a child, my cousin sent me a postcard from Peru, where he was working at the time. It wasn’t the first postcard I’d received, but it was the one that sparked in me an interest in collecting postcards from around the world, an interest that would grow to become a collection of postcards sent from friends and family. Little did I know that a simple postcard from Peru would lead me to a digitization project and eventually a job in the archives at Calvin University.

In the fall semester of my freshman year, I took a course in Digital Humanities with Professor Rohl. Digital Humanities, or IDIS 210, “teaches the use of digital tools and methods for study, research, and presentation within humanities.” The course includes learning how to use and query databases, using programs for textual analysis, and mapping locations based on texts and other sources.

As part of the final project for Digital Humanities, the class scanned and digitized nearly 2,000 postcards from a collection the archives recently had acquired from Conrad and Dee Bult. My classmates and I also uploaded the images into a database. There was only enough time to give the postcards titles and start to tag them with their location and subject separately. You can see a temporary version of the website here.

A few months after the Digital Humanities course ended, I found myself thinking about the postcards and how I wanted to be involved in the work that still needed to be done to the digital collection. There needed to be transcriptions of the postcards added into the database and a tagging system put in place for easier searching and access. This “tagging” meant cataloging the subject, date, location, and any other relevant data about the postcard. I enjoyed tagging the postcards because it showed how wide the range of postcards we had and how different they could be.

I ended up going to Professor Rohl and asking if I could continue to work with the collection–right before the campus shut down in March 2020 due to COVID-19. My original goal was to look for postcards sent during the Spanish Flu Pandemic of 1918. There were about 50 postcards sent during that time in the collection, but none mentioned the pandemic. I then pivoted to tagging every postcard with its subject, location, and other various labels so that the online collection could be more complete.

The postcards in the Conrad and Dee Bult collection range widely in time, location, and subject matter. There are postcards sent from around the world–from Russia to Iowa, from the 19th to 21st century. Most were sent locally, however, and are from about 1900 to 1960. A lot of the postcards depict rural areas, towns, and cities in Iowa, Michigan, and New Jersey—places with large Dutch ethnic enclaves. The postcards primarily focus on Dutch American institutions, like Reformed and Christian Reformed churches, Christian schools, and Tulip Time Festivals. The postcards also show general images of the countryside, towns, and cities.

Finally, there are odds and ends. These include postcards with pictures of the cityscape of Amsterdam, a chocolate factory in France, and a whole range of other subjects and locations. The collection isn’t just postcards but includes advertisement cards and cards without images for writing letters. There’s even an immunization certificate from 1957 and a mail-order card for chickens!

In short, the collection is a great source for both Dutch American history, local history, and cultural history.

My work with the postcards and the digitization process led me to become interested in learning more about the archives and how collections like the Conrad and Dee Bult collection came to be. This led me to apply for a job as a student researcher at Heritage Hall, working with a team of archives staff, including Dr. Will Katerberg, the curator of Heritage Hall and professor of history. I also now am pursuing a dual degree, majoring in history and data science, and thinking about where these experiences might lead in a career.

Heritage Hall holds archival records for Calvin University and Calvin Theological Seminary, as well as the Christian Reformed Church in North America. Heritage Hall also has important collections of material related to Dutch North American history and the history of Reformed Christianity in the U.S. and Canada. This includes the minutes for Synod meetings, magazine publications, personal letters, and many other types of documents.

In Heritage Hall, I’m helping Professor Katerberg do research into the race relations of the Christian Reformed Church and the histories of minority communities with the Reformed Church. Right now, I am focusing on African American experiences and history within the church. The research involves looking at magazine articles published over the past century.

The research will lead to blog posts and a website with documents and stories that tell the diverse history of people in the Christian Reformed Church. The earliest roots of the CRC are Dutch and Dutch-American, but the CRC has become more diverse, with significant numbers of African American, Asian American, Hispanic American, and Native American people and church communities.

Topics that have come up in my research so far include segregation and the civil rights movement, the first African American pastor in the Christian Reformed Church, and apartheid. Eventually, this research and the writing that comes out of it will be available for anyone to see on a website, highlighting both the stories of individuals and of groups within the Christian Reformed Church.

In a world that focuses more and more on technology, it can seem like history and the humanities are getting left behind. Digital projects like the Conrad and Dee Bult postcard collection and the research project I am working on allow for more public engagement with firsthand accounts of history.

More people can access stories from the archives in a digital format and more stories can be told, allowing for a greater understanding of all the groups that make up the CRC, the university, and the seminary.

From mundane communication during the 1918 Spanish Flu pandemic to discussions of police brutality and protests in the 1960s, the stories of the past are still relevant today and I’m excited to tell them.

Gabby Freshly is a student research assistant in Heritage Hall.

All of the postcard images in this blogpost are part of the collection created by Conrad and Dee Bult and acquired by Heritage Hall. You can see the back and front of the “cover” image postcard here.

2 thoughts on “From Collecting Postcards to Working in an Archive”