“Ideals for the School” — Calvin University in 1926 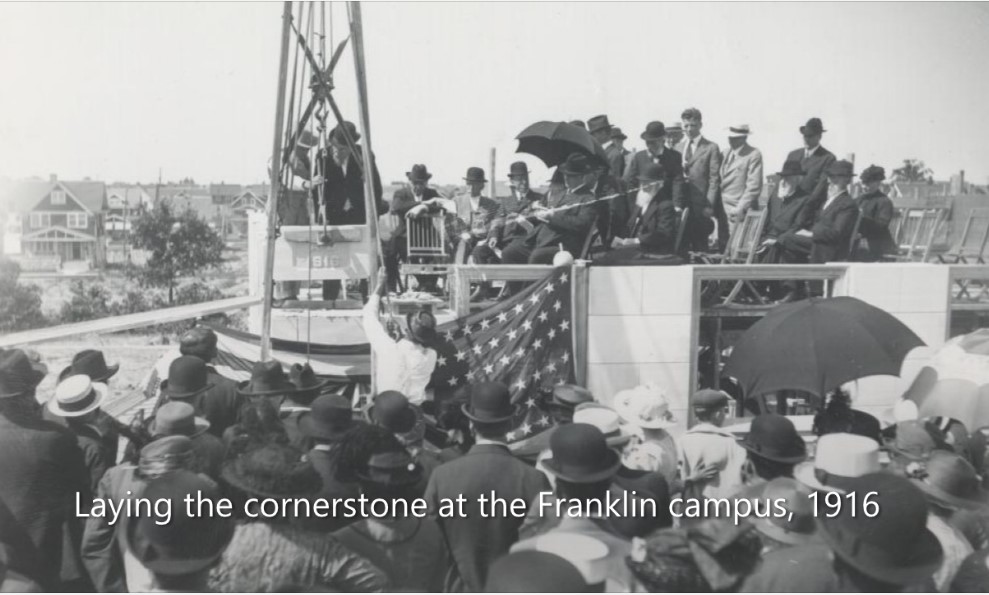 Calvin “University” is about five months old. The idea of a “Calvin University” goes back almost a century, to the founding era of Calvin College as a four-year, bachelor’s degree-granting school.

In 1926 to mark Calvin’s fiftieth anniversary, supporters published the Semi-Centennial Volume: Theological School and Calvin College. The book included chapters on topics such as the history of the two schools, “pioneer teachers,” Christian education, “Our Social Task,” and “Our School and American Life.”

Dr. Samuel Volbeda of the Theological School contributed a long chapter on “Ideals for the School.” These ideals included “loyalty to the Reformed faith” and “God’s Holy Word.” More “particular and specific” matters included “a high standard of scholarship” and “training of an able and godly ministry.” The last of these applied to the theological school especially.

As for the college, Volbeda pointed to the “intellectual and spiritual training of men and women.” He rejected the idea of separating the soul and faith from knowledge, erudition, and work. Graduates would contribute to “the upbuilding and extension of God’s blessed Kingdom in our land” in many areas of life. To accomplish this goal as fully as possible, Calvin should aspire to expand “into a full-fledged university,” Volbeda said.

Becoming a university was logical. A “Reformed way of thinking,” Volbeda explained, “craves unity, organic unity,” and “completeness.” The vision of Christian education was incomplete with only primary schools, high schools, and a college. Without a university, there would be a “missing link.” “Eendracht maakt macht,” Volbeda emphasized. “Unity makes strength.” In this way, with God as “our help,” Reformed Christians would “make a noble contribution to education in our great United States of America.”

If Volbeda’s word choices sound a little old fashioned, the vision he articulated has persisted. Calvin College and the Christian Reformed Church discussed proposals to develop a graduate school or create “Calvin University” every generation in the decades that followed. Sometimes the push was internal; sometimes it came from the Board of Trustees and the Synod of the Christian Reformed Church. The debates were not about the appropriateness of a Reformed university, graduate programs, or advanced scholarship, but practical matters of feasibility and impact on existing programs.

Calvin began developing graduate programs in the 1970s. By 2016 it had three master’s programs—in Education, Speech Pathology, and Accounting. The school became Calvin University in name in July 2019. Its strategic vision for the next decade describes what the new university aspires to be.

By 2030, Calvin will become a Christian liberal arts university with an expanded global influence. We envision Calvin University as a trusted partner for learning across religious and cultural differences and throughout the academy, the church, and the world.

Calvin University will be animated by a Reformed Christian faith that seeks understanding and promotes the welfare of the city and the healing of the world. We welcome all who are compelled by God’s work of renewal to join us in the formative pursuits of lifelong learning, teaching, scholarship, worship, and service.

Calvin University in 2019 is a much more diverse place than Volbeda likely could have imagined. Fifty-five percent of its students are women. They come from a variety of religious and ethnic traditions. Roughly 27 percent are students of color (about 16 percent U.S. ethnic minority students and 12 percent international). Diversity and inclusion are viewed as an essential part of the school’s mission. And the world of higher education has changed in ways that no one in the 1920s could have foreseen. But Volbeda would recognize the enduring religious and intellectual mission of Calvin and the practical responses to opportunity and circumstances that are shaping the university today.